As promised, this is the third part of a short series to provide some quick guidance for people who would like to reach out feelers into a possible software development career. As I mentioned in the first post, a lot of this material is recycled from some of my old Quora answers, updated for current times and the tone of the blog. 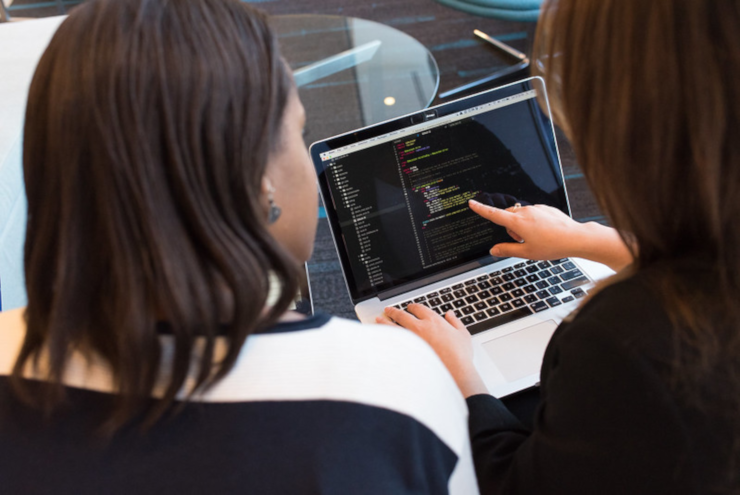 To be completely clear, I’m writing this because I know there are people out there who can use the distraction of picking up a new skill. If you come out of self-quarantine with a marketable skill, that’s great. But if you don’t, you’re no worse off than you were, so it’s also fine to not be interested or to give up part-way through. This is entertainment, not recruitment.

This time through will continue the technological considerations, but from a more abstract perspective of the bare minimum you should definitely learn about programming to have enough of a foundation to be able to learn whar you need later. Next time through, I’ll dig into various non-technical issues.

There are a few areas you should be familiar with to get to the point where you can start dipping into a project without being at a total loss.

Specifically, we’ll try to outline the set of things to learn so that, while you work, you have enough information to get some simple things done and—more importantly—have some sense of where to go for more information. Since I don’t know what specific technologies you are going to work with, I won’t be giving you concrete details, but rather giving some idea of what to look for in documentation and tutorials before anything else.

Most web application frameworks want you to structure your application in a Model-View-Controller (MVC) pattern.

In broad strokes, this means that your application has three pieces.

The boundaries between those three pieces can sometimes be a little bit fuzzy and a matter of taste. If you have a list of names that need to show up in alphabetical order, for example, some programmers are going to see that as a job for the view (the order is part of the representation of the data), while others will consider it a job for the controller (the order is part of how the view needs the list), and you might even see an argument that it’s part of the model (ordering is part of the request for data). In other situations, the boundaries will be clearer.

If you put code in the “wrong” part of the pattern, keep in mind that there’s no real harm done. The pattern is a guide to help you structure your program, not a requirement. The worst that will happen is that you’ll find that code getting in your way when you make changes later; if that happens, you can always move the code around then.

In fact, it’s best you learn this now instead of later: With the exception of changing live data that you (or someone else) rely on, you’re going to get a lot further by doing the wrong thing now than waiting to figure out what the right thing to do is later. It’s a lot easier to figure out what you need to do when you see the wrong thing happen and you can think more concretely about code.

So, with that in mind, let’s walk through those three parts.

As mentioned, the application model is how the programmers think about the data involved. Generally speaking, a model includes four pieces.

First, we have the database management system (DBMS), the software you’re using to manage the storage, manipulation, and retrieval of data. Rather than discuss that here, I’m going to save space and point you to the post I wrote on this topic a couple of weeks ago.

Next, we have a data definition language (DDL), the interface you can use to describe and update the database tables and relationships your application uses. For most web application framework, they don’t actually call it a DDL, for some reason. Instead, the term you want to look for is a migration. Migrations include the list of all the changes you’ve needed to make to your database to support the application over the course of development, along with version numbers. Because you’re tracking the changes, you will be able to move backwards and forwards to test how the database used to work.

Hand in hand with the data definition language is the application’s version of the model, code that mimics the structure of database records that your programming language can understand and use. Some frameworks can generate migrations for you, based on your code’s model.

Finally, we have the query language, the interface you can use to request and update data from the database. Most databases have one of their own (most relational databases support something called SQL), but more often, you’ll work with what’s called an object-relational manager (ORM), a library that converts the ideas of an object-oriented programming language (I’ll talk about objects later) to and from the ideas of a relational (or other kind of) database.

For the query language, you’ll want to understand how to create, retrieve, update, and delete records, what are referred to as “CRUD operations.” Like I discussed in that database post linked a few paragraphs back, retrieval may require joining two or more record types together, filtering out uninteresting records, and possibly ordering or grouping the results.

So, if you look up what your code models should look like, how to create migrations, and how your object-relational manager handles CRUD operations, you should have the model part of your application handled pretty well.

There are probably some exceptions I’m not aware of and there will certainly be exceptions in the future, but for now, all web applications require writing some HTML to display information. Everything the user sees needs to be presented in HTML. So, you should be able to create HTML pages with forms, at the very least. You can learn that in a wide variety of places, but Wikiversity’s course looks decent on a superficial inspection and has been made available under a free license. But feel free to ignore that link and find somewhere more comprehensive.

In addition, anything you see on a page that you would like to understand, you can right-click on (almost) any webpage and select Inspect Element on the context menu. That will bring up the actual HTML code for that section of the page where you can read it.

The pages you create with just HTML are going to be boring and you’ll eventually want to learn CSS to style your page, but that can wait until later.

The piece that’s almost always trivial is embedding “components” into your page. Most web applications have multiple pages and many of those pages share a look. You might have a menu on every page or a footer with copyright and contact information. It’s silly to copy that to every page that needs it, when you can write it once and include it into your page as if it was an HTML tag.

Often just as easy, but not always, is how you’re expected to accept information from the controller and insert it into the page.

Finally, the view needs some way of sending user input back to the controller for processing.

Whereas some of the above might not feel like programming to you, processing data is much more traditional and happens using your programming language of choice. So, this will be sort of the treasure map equivalent of an introduction to programming class.

Briefly, programming is about taking real-world processes and converting them into steps that are straightforward enough for a computer to follow without any ambiguity. You know that person in everybody’s life (it might even be you) who, when asked to “take a seat,” picks up a chair and asks where they should take it? Computers are like that all the time, so this is largely about making sure there is no possible way that your program can be misinterpreted. Because, if you leave it to the computer to guess what you meant, the computer is going to guess wrong.

I won’t teach you how to program, because that would take up too much time (though I’m willing to give it a shot, if there’s interest), but instead will trust you to pick up the general philosophy while you’re looking for the following language features.

You’ll also need to find out how a controller is expected to package up data for the view to consume.

So far, so good? Good, because if you can get a handle on those five things, you’ll be able to at least write simple programs with some direction. And if you can do that, you can start practicing and learning what works and what doesn’t.

Giving you some time to learn the specific versions of these key ideas that relate to your chosen technology stack, we’ll end here for now. If you track down the above information, you should be able to read through a tutorial for your chosen web application framework and not feel too overwhelmed.

Next time, we’ll pick back up with some tools you should probably know how to use to make your life easier.

Credits: The header image is Untitled by WOCinTech Chat, made available under the terms of the Creative Commons Attribution 2.0 Generic license. The MVC Worklow Diagram has been created and released into the public domain by RegisFrey.