As promised, this is the fifth part of a short series to provide some quick guidance for people who would like to reach out feelers into a possible software development career. As I mentioned in the first post, a lot of this material is recycled from some of my old Quora answers, updated for current times and the tone of the blog. More of it turns out to be new, the longer this goes on. 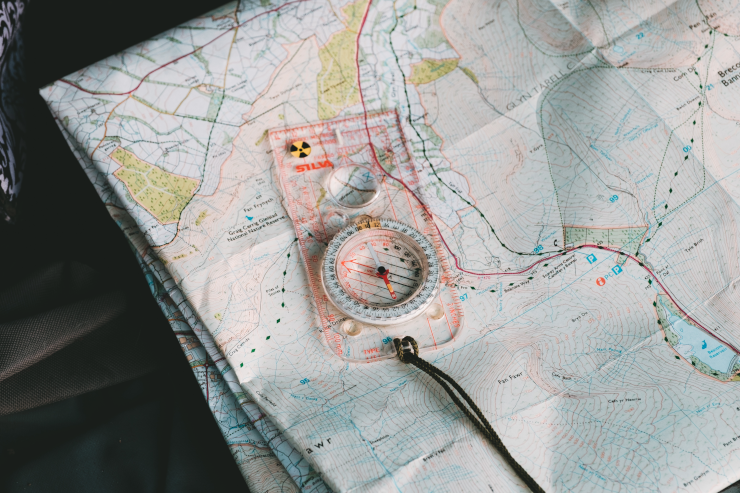 This time through, we’ll talk about starting a project. I suspect that—if you have been reading along—you either have learned the basics of some technology stack or are in the process of doing so (or maybe you’re just a programmer who wants some extra ideas; it happens!), and (either way) are looking to get accustomed to actually programming.

Diving into the Deep End with a Project

The easiest way that I’ve found to learn programming is to just learn by doing. While (as mentioned) there’s some minimum amount of experience you should probably have so that you’re not completely lost, but otherwise, your best bet is to just move forward. You’ll struggle and make a lot of mistakes, of course, but it’s much more productive and…well, more fun than studying seven different ways that you might repeat some code without any context of what kind of code you might be repeating.

What to Look for in a Project

In the case of learning to program, the project should have a handful of qualities.

In other words, you want something that’s significant, but not going to take forever, and challenging, but not discouraging.

If you have trouble coming up with a project that fits the bill, here are some possibilities that might spark a decent idea. Most of them are probably going to use public APIs (“application programming interfaces”) from the aforementioned GitHub repository.

Ideally, that gives you some guidance of what projects are probably the right size and complexity to start out. Of course, if you get it wrong, nobody is going to make fun of you for giving up on a project or coming back to it later.

So, assuming that you now have a project, where do you go from here?

I'm pro-pun and against using the names of any technologies

The easy parts are setting up the project. The web application framework you chose (assuming you’ve gone with web programming) almost certainly has a “create a new project” command that you found at the start of the documentation. You’ll need to give the project a name, and I can only recommend keeping your names functional and describing what the project is supposed to do. Personally, I’m pro-pun and against using the names of any technologies (language, framework, API, whatever) in the names of projects. You might have a different preference.

Next, you’ll need to set up version control for the project’s folder. Once you’ve done that, if you’re using git, head over to gitignore.io to get an “ignore file” that makes sense for your project. Download it to the project folder and call it .gitignore (yes, it starts with a period), so that the version control system doesn’t strain itself keeping track of files you shouldn’t care about. Then, add all files and commit them. Now, if you do something absolutely terrible, you can always “reset” the project to this starting point; every time you commit, that’s another point in history that you can return to.

That’s all important, but administrative work. Now, it’s time to get to work.

Take a few minutes (literally just a few minutes) to sketch out your plans for the application. Specifically, what pages does your application need? What will the user see on each page?

Then, for each of the pages, think about that Model-View-Controller pattern. What information do you need to have in your page’s Model? Are you accounting for the input and output? What information will you display and request on the View? What actions does the Controller need to take to get the information the View needs?

Once you have answers to those questions (and, if we’re being honest, sometimes you don’t actually need all of those answers, if you’re willing to bumble your way through…), it’s time to start programming.

start with writing the simplest View

Personally, I would recommend starting with writing the simplest View, since the HTML will probably be easy to write and you can immediately see your progress. In other words, it’s an easy win and it helps you know whether you’re moving in the right direction with the Model and Controller.

Once you have your View, work on the different aspects of Model that I went into in the post about learning the bare minimum. You’ll probably need a database table or two, plus a “class” that represents what the View needs to see.

And then you have your Controller to work on, taking the user input and using it to update and prepare the Model for the View to show you. The application framework’s documentation probably has a list of methods (actions) you need to implement for a given Model—usually similar to Create, Retrieve, Update, and Delete, under different names—each of which works with a separate View.

short-cut some of this work by generating a scaffold

In many web application frameworks, you can often short-cut some of this work by generating a “scaffold” for your model. A scaffold is an automatically generated Model-View-Controller set that creates the Model based on specified fields, a set of Views for each of the CRUD actions, and a Controller with empty versions of each of the CRUD actions ready for you to fill them in. It doesn’t save you any thinking, but it will usually save you from doing the boring, repetitive work.

Whenever you get something working, commit your changes to version control and move on to the next piece. In addition, run your static analysis tools frequently, so that you don’t find yourself dealing with hundreds of warnings that might be an important sign that you’re about to break a lot of pieces…but also might be entirely benign stylistic issues. If you can keep everything compartmentalized, you’ll be much happier as you continue.

If you realize that there’s a significant task to take care of—for example, connecting to someone’s API or combining data in interesting ways—check to see if there’s a library that someone has written to do the job for you. Most modern programming languages have a registry, where you can go to the website and search for the kinds of features you need. After all, a good rule of thumb is that every line of code that you’re not responsible for writing and testing is more time you can spend on something you care more about.

take a moment and ask yourself what might go wrong

Finally—speaking of testing code—whenever you write or update some code, take a moment and ask yourself what might go wrong. If the user is supposed to give you a phone number, how many ways can that user give you a bad phone number, and what happens if they do? What happens if a book title is a thousand words long? Written in Chinese? Is it all emoji? Was it not typed in at all? More importantly, what can your code do to make sure that the user can correct the mistake before it’s a problem?

As you get more experience, you might want to consider putting the testing first, in fact. Almost every modern programming language can take advantage of an automated testing system and test-driven development, where you write a series of tests (small programs) that you know will fail, then write the code that makes them pass.

One of the nice things about the Model-View-Controller approach is that you always have a place to go. No matter what feature you need, you can quickly decide whether it’s part of the View, Model, and/or Controller. It’s also easy to decide whether it’s a Create, Retrieve, Update, or Delete action. You’re not always going to be right about that decision, but you can always fix it later. And if you can always fix your problems later, that means you can always just plow forward now, even if it’s not the best result.

As a quick tip, when you learn something, write it down. It’s useful to occasionally go back and see how far you’ve come and have a record where you can look things up. Heck, consider starting a blog and writing it there, so that the next person who decides to start programming can learn it from someone who had it fresh on their mind and still understands the confusion. My Monday-morning posts have been an overview of what I worked on from week to week (plus any small tidbits I picked up along the way), and I think it has helped my focus, preventing me from making changes without thinking about what they mean in English.

And, of course, ask for help! As I’ve mentioned before, programming is hard work that stresses some people out, and there is no reason you should shoulder it all alone when there are so many experienced developers looking at Q&A sites for a chance to make somebody else’s project easier. Just be aware that some people are…a bit aggressive in their attempts to help, and may try to turn it into a lecture on how you shouldn’t be trying to do anything that you think you need to do. When you find someone like that, it’s your call whether to listen to them, probably depending on how well you know the person, but most of us find it easiest to just thank them for their time and ask someone else.

Keep chipping away at the project, feature by feature, and eventually, you have what you envisioned at the beginning.

This should put you on the path to getting experience programming. With any luck and some persistence, you’ll have a working project in a couple of weeks, gotten to know your way around your technology stack, and maybe even made some contacts of people willing to help out.

Your next steps should be to continue down this path. When you have one project “done,” move on to another project. Make your project available someplace public, if you don’t absolutely hate it. Document how to run the projects. Look for other people’s projects that you would be willing to help with. With each of those, you’ll gain some confidence and experience.

Meanwhile, for next Sunday’s post, we’ll take a look at the non-technical issues involved in transitioning to a software career. As much as nobody wants to use the phrase, you’ll need to “sell yourself” to credibly look like the sort of person a hiring manager needs for their team.

Credits: The header image is Untitled by Richard Tilney-Bassett, made available under the CC0 1.0 Universal Public Domain Dedication.