This week, our Free Culture Book Club digs into the first part of the ongoing Morevna Project, episode 3: Underground. 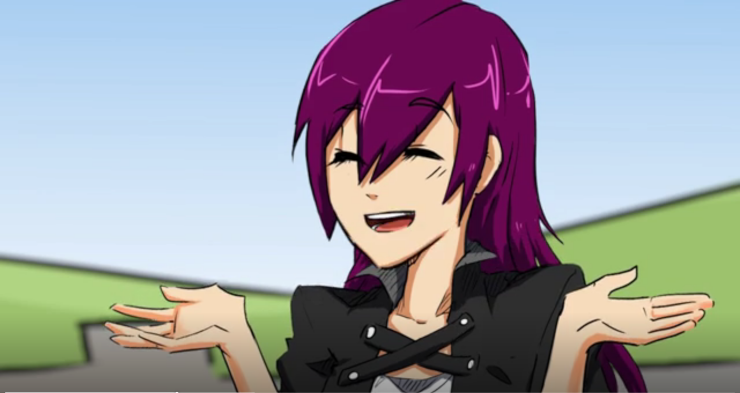 While this is “Episode 3,” this was the first video produced and released by the Morevna Project, and appears to be where their story starts, given that “Episode 4” also now exists.

If you haven’t already read it, here’s your chance to catch up.

It’s not a college-educated ape fighting a death cult, I’ll grant you, but then again…what is?

The ending is nicely tense in a way that we haven’t seen in other Free Culture works, and makes this feel more like an ongoing series. It also does a nice job of generally modernizing the look and feel of the original fairy tale without losing the timeless feeling.

It obviously depends on aesthetic taste, but it’s also worth drawing attention to the less-realistic style of the animation in flashbacks.

The story also moves quickly, without taking time out to make sure nobody is lost, which I appreciate.

The introductory sequence seems out of place. It seems like there should be either more setup or less hurling away of government agents trying to murder them, because none of that makes much sense. To my knowledge, that’s not a part of the original fairy tale.

In addition, for a story named for Marya Morevna, it doesn’t feature much of Marya Morevna, though that’s obviously partly an artifact of the story’s origins.

The project has a full page dedicated to how people can support the project on a routine basis. In the spirit of full disclosure, I should mention that I support the project on Patreon; recurring donations get you access to the project’s Discord chat server, which is sometimes extremely active, but it’s all in Russian, which might not be useful to you. My Russian gives up somewhere along the way to counting to ten, so I’m not active, there.

If you don’t want to support the project directly, they sell some animation courses and also have several pieces of software they rely on extensively that can also use help, if you’re more inclined that way.

Given that the story is a relatively straightforward adaptation of a traditional folk tale, I’m not sure that there’s much adaptable here that wasn’t already adaptable from the original, in that sense.

That said, everything you need to rebuild the animation is stored on GitLab, so it should be possible to pull out any individual asset for reuse.

Next time, we’ll dip back into prose and science fiction with Return to Whitespace, an attempt to jump-start a franchise.

While we wait, what did everybody think about Morevna, Episode 3?

Credits: The header image is Forgotten Blade’s title screen, the game within the game, and as such has been released under the Creative Commons CC0 1.0 Universal Public Domain Dedication.