This week, our Free Culture Book Club digs into some children’s books from Book Dash, a lovely non-profit in South Africa helping to ensure that every child has a library of books. 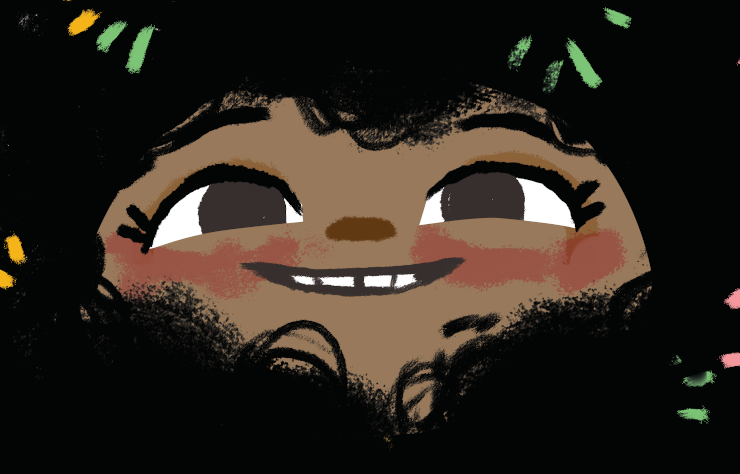 Seriously, Free Culture isn’t all science-fiction and fantasy. It’s not all European. Sometimes, it’s just a kid worried about her appearance, and back-to-school season for the little ones seems like the best time to highlight that.

This is obviously somewhat different from the usual Free Culture Book Club post. Since the stories are so short and since there are so many excellent books available, I’m going to cover a limited selection of books in two batches, and suggest that those of you with younger children poke around for more.

I also asked for help, with this post. Book Dash has published many books and the first books I looked at were charming, but I know next to nothing about early childhood education and I didn’t see much in terms of characters or situations that could be borrowed for other works. And even though that’s a lot to ask of children’s books, the Book Dash team came through.

So, since they’re short, go read…

…then come back here for the discussion. They’re short and worth your time, even if you haven’t encountered a child in years.

For children’s books that run to about a dozen pages of story, all five of these books are surprisingly deep. My Special Hair and Lara the Yellow Ladybird, in particular, drill down on related issues that many children and even many adults deal with.

The pseudo-mythological storytelling of Mama Antelope’s House and Lara the Yellow Ladybird, if not actually unique, fairly close.

It’s also important that most of the hundred-plus books are available in multiple languages, since literacy doesn’t only exist in English.

As is natural, some aspects of the stories might come off as oversimplifying to the point of possibly delivering the wrong lesson. For example, Mama Antelope’s House is largely about Hare hurting someone until he’s asked sufficiently politely to stop. While it’s obviously a good lesson to ask politely, all but one of the pages might carry the message that it’s all fair for the sake of a prank.

That said, the books I had as a kid were far more sociopathic, so that’s just upholding a very old tradition…

Book Dash runs occasional events that sound similar to hackathons and related gatherings, creating new books in short time frames. They’re centered on South Africa, though, so they might not be accessible to the typical reader.

However, they also have a detailed page on other ways to help.

Finally, it might step outside of what the organization would be willing to host, but the pages are available without words, making it easy for adults to translate into new languages or to help children write their own stories.

The intent of the story is obviously to exaggerate a fantasy, but the unnamed girl in My Special Hair might as well be a superhero, with her Rapunzel-like hair that changes color, changes shape, grabs onto things, lets her fly, and grows, among other things. Shhhhh! is fairly minimal, but does give us the amusing “chicken flanked by eggs” logo on the shipping truck. And Also!’s Thabo and Keitu had best grow up to become genre television showrunners, too.

Next week, we’ll grab another bunch of Book Dash books, A Very Busy Day, I’m the Colour of Honey, and their wordless inventor trilogy, Springloaded, Goldfish Genius, and Where’s that Cat?

While we wait, what did everybody think about our first Book Dash selection?

Credits: The header image is cropped from My Special Hair, so released under the terms of the same CC-BY 4.0 license as the rest of the book.