Holidays are slim, today, so we’re talking about the anniversary of the end of Nellie Bly’s trip around the world, which happens to also be a good excuse to celebrate a pioneering journalist and eventually became one of her era’s most progressive business leaders, after inheriting a steel company, and possibly even designed the 55-gallon drum still widely used today. Even if she didn’t, she definitely designed other steel containers, but they haven’t survived as long. 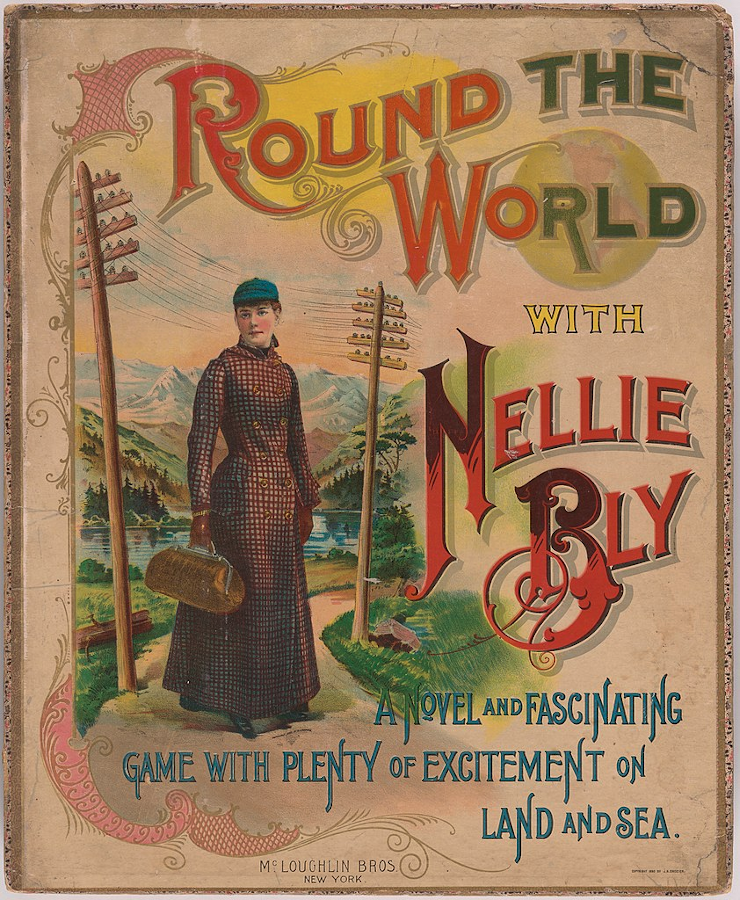 In other words, Bly is a big deal. Her return home was a massive deal, with newspapers putting copies of a board game (later packaged in the box shown in the header image) on their front pages for people to celebrate.

In comparison, my week wasn’t nearly as big a deal.

I’ve done some refactoring for Picture to Nonogram, but the main work has been assembling exportable HTML that includes the game board and the original image.

I had to bump another library version, here, on my generic board game experiment. I really should get back to this project, especially since a part of me also wants to see this Nellie Bly game in action…

Now that I have a static page that can be exported from Picture to Nonogram, the next step is to add enough JavaScript code to make it possible to solve the puzzle directly on the page. Yes, putting everything on the same page will make it easier to cheat. If solving the puzzle turns out to be sufficiently fun, maybe I’ll think about making it more difficult.

Credits: The header image is Round the World with Nellie Bly by J.A. Grozier, long lapsed into the public domain.