Kicking off Black History Month in the United States is the celebration of National Freedom Day, celebrating the signing the resolution that (after ratification by the states) would become the Thirteenth Amendment to the Constitution, which banned slavery. 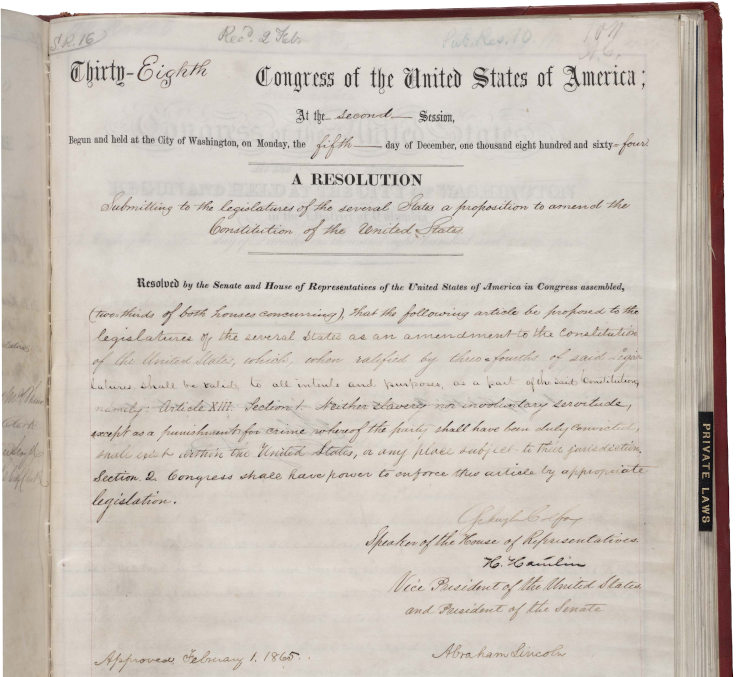 Expect Joe Biden to issue a proclamation about the day that most of the media will probably overlook in favor of telling us about George Washington Carver’s work with peanuts or one of the handful of other popular Black History Month stories that won’t frighten the racist people watching.

Probably not entirely coincidentally, today also marks the sixtieth anniversary of the start of the Greensboro sit-ins, which spurred many protests against segregation in shops and restaurants.

In passing, I should mention that I planned a post to tear apart the 1776 Commission Report, but it’s literally too stupid for me to be critical of it. The first sections are basically word salad, but the coherent parts actually talk about how we need to root out and eliminate systemic bias in the country to uphold our principles, but then it just…goes on rants about how the big problems in this country are progressives, fascists, communists, and Black people who talk about bigotry. The last is bizarre, since it respectfully quotes Martin Luther King, Jr., multiple times saying that the United States hasn’t lived up to its bargain with Black people. It couldn’t even be a coherently incorrect version of history…

Anyway, you’re here to talk code. If you wanted American history, you’d be reading The American Yawp or (not Free Culture, but worth the time) the 1619 Project, instead.

The user interface aspect of the Picture to Nonogram puzzle is coming along nicely. Clicking and right-clicking turns the pixels on and off. When the user gets the puzzle right—all the dark pixels turned on—the original image shows on the page. Mousing over the pixels also highlights the relevant row and column headers, to make the clues clearer.

I probably should mention that solving these has become my default “I need a quick break” activity, so the project is definitely getting pretty close to what I want it to be.

This week, I’ll continue on with Picture to Nonogram. Specifically, I’d like to place the original image overlapping the grid on display, possibly with a slider to control the opacity.

It would also be useful to modify the size controls, since the current algorithm has a tendency to occasionally produce huge puzzles.

Fancier—time permitting—would be to add code turning the current state of a pixel to the default “unknown” and/or adding the ability to undo choices.