In certain parts of the United States, people celebrate today as the anniversary of the completion of the Overland Route—the first intercontinental railroad, depending on your definition—symbolized by the ceremonial golden spike used as the final connection. 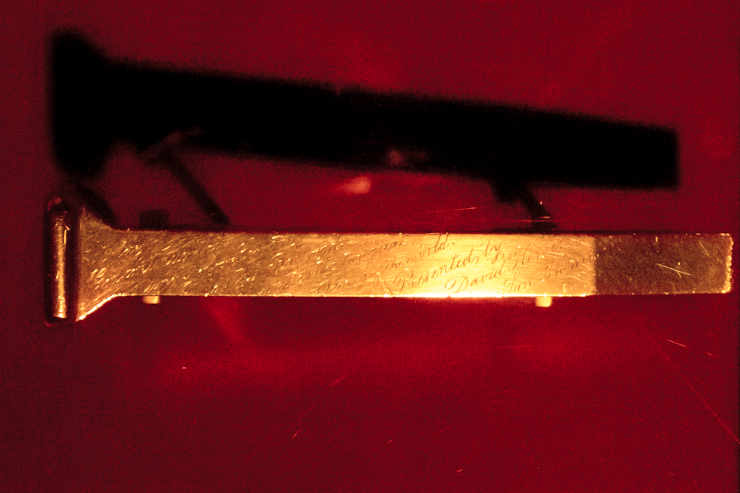 Let’s get to the projects.

All Around the News

If you’re following All Around the News, though I haven’t released the source code, I improved the article summaries and added a navigation-bar item to show when there are new articles available to read.

I only made a small cosmetic change to Doritís Onomáton. The saved names show with lock icons.

Fýlakas Onomáton didn’t get as far as I would have liked, but it’s close to a bare-minimum server for users to manage lists of names.

I started chopping at the list of Dependabot warnings to update projects, starting with Bicker, since I’m under the impression that people use it.

Fýlakas Onomáton needs the remainder of the user-security code put into place, and then I’ll need to work out the API and connect Doritís Onomáton to it.

Credits: The header image is The Golden Spike by “Wjenning,” made available under the terms of the Creative Commons Attribution-Share Alike 3.0 Unported license.