Today is the International Day Against Homophobia, Transphobia and Biphobia, which…well, I suppose that the verbose name of the day is probably self-explanatory. Less obvious is that it commemorates the World Health Organization finally removing homosexuality from the International Classification of Diseases in 1990. Given that authoritarian legislators have been pushing meaningless bills to enable discrimination against gender and sexual minorities, this seems like a good year to speak out against that sort of hatred and fear-mongering. 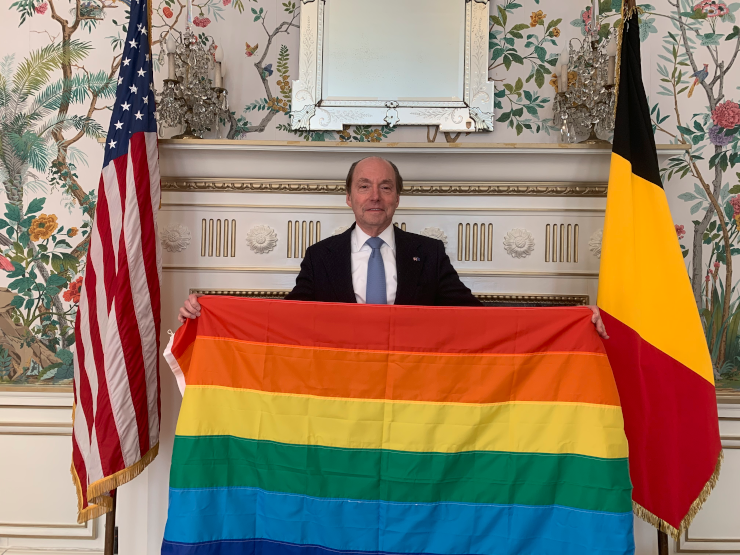 On the topic, if you need help normalizing the existence of transgender people, I tried to walk people through the basics of gender and identity back in February. It starts from the assertion that there are only two genders, to discover what the situation really looks like.

All Around the News

If you’ve been keeping up with All Around the News, you might notice some new quality-of-life features. For example, readers can now bookmark articles for later reading and the logo no longer has the “glow” effect in light-mode styles.

I also added a Spring store for branded merchandise, since AAtN is a business venture that I’d like to at least be able to pay its own bills. And the logo does look pretty good on a mask.

Like last week, I primarily focused my time on Fýlakas Onomáton, mostly trying to finish up the authentication.

Nothing has been deployed, yet, but I registered https://onomaton.club for this, too. As soon as the server is ready to go, that’s where it’ll be. Why .club? I could get it for the first year for less than a dollar. Maybe the domain will inspire me to eventually give the system club-like features. Or maybe not.

I threw in a pull request for Bicker.

I need to really complete the authentication code for Fýlakas Onomáton and start working on the API code.

Credits: The header image is Ronald Gidwitz holding a LGBT flag for 2020 IDAHOT by the Office of the U.S. Ambassador to Belgium, in the public domain as a work of employees of the United States Department of State. Gidwitz is apparently exactly the sort of person you would expect Donald Trump to appoint in his last months in office. So, if he can get it right for the day, so can you. Plus, for once, I’m not concerned about just showing someone’s face on the blog without explicit permission.