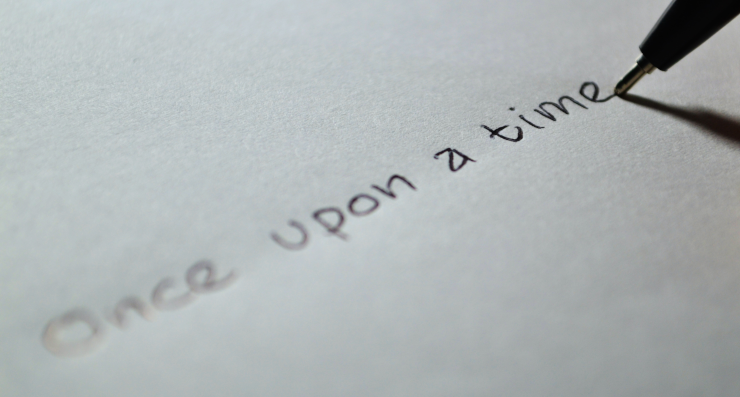 Here are the stories we’ll cover, today. If any of them has prequels or sequels, I’ll at least glance at those, too, regardless of author or rating.

They’re short—the longest story I could find in the archive was just a hair over 250 words long—so this shouldn’t take too long.

Here’s how the Ficly team described the site.

Ficly is about creativity. When I was originally thinking about this idea, I was looking for something creative I could do for the last fifteen minutes of my lunch break before I jumped back into coding and writing documentation. I’d originally had an idea for a much larger site for serious fiction, but realized that most people don’t have the time to write serious fiction. But, everyone can carve out fifteen minutes to either continue a story someone else has started, or start something of their own — something simple — two, maybe three paragraphs of a character, a plot or even just a place.

That’s the premise. We impose a limit of 1,024 characters because we think constraints are good. They make you choose your words more carefully. They also make it less daunting than starting at a never-ending blank screen in a word processor. All you have to do is write one kilobyte of something -–- something fictional. That’s all.

A small fraction of the stories (fewer than two thousand) are actually longer than the thousand characters, the longest being a bit more than twice that.

Ficly was an attempt to revive Lawver’s prior Ficlets community at America Online, the archive of which is also free-licensed, though lacks the convenient database export that I’ll talk about shortly.

They mostly shut down the interactive parts of the site in 2014, putting up the static archive, which is basically a large anthology that includes well over thirty thousand works of flash fiction.

In case it’s useful to someone else who wants to work with the Ficly archive, I want to briefly dig into how I chose the stories I did, which involves some math and some database code. If that doesn’t interest you, feel free to skip to the compliments, knowing that you aren’t missing anything relevant to the stories themselves.

For those of you still reading, the Ficly website unfortunately isn’t designed for new or casual readers. I don’t know any of the authors, didn’t have a tag in mind, and didn’t feel like picking random dates. Fortunately, the maintainers posted their database export used to create the modern site, so I downloaded it and imported the data into a local MySQL database to mess around with ratings to find the highest-rated stories available. However, it quickly occurred to me that there’s a difference in confidence between a story that one person says is great and a story that thousands of people say is great. So, I took this Math Stack Exchange answer and adapted it into my existing query.

It turned out that, at least for this data, the multiplier for the number of ratings doesn’t affect the ordering for these top items by much, so it could be discarded, here. I should also point out that this probably isn’t the right solution for a general ranking; a story that everybody gave a bad review to is probably not better than a story with just one reader.

The resource_id points to entries in the stories table, which gives me the titles and—knowing that Ficly is a Ruby on Rails application—makes it easy to figure out the URL to each story to investigate. If I was planning to develop this as an application, I’d JOIN this query to the stories table to just print the stories with titles, instead. But since I don’t have plans to go through the process again, let alone repeatedly for multiple users, it was easier to just go to each story’s page.

Anyway, from there, I dropped the two stories that were written by an author already seen on the list and the one that isn’t an actual story, to produce the list above.

Many of these stories—unsurprisingly, given that they were popular within the Ficly community—are excellent. They know what story they want to tell, cram the important aspects into a space that would normally be an abstract summary for a longer story, and come out with something dynamic. Constraints are often good.

Collaboration, in many cases, looks entirely seamless, with multiple authors piecing a larger story together over time without seeming to step on each other’s toes. In some cases, like Next Breed of Thief, this turns out as a linear story that could warrant being republished as a single unit. In other cases, like Your Destination Has Not Yet Arrived, the result is a shared universe constructed from tiny vignettes. Somewhere in the middle, you have Without Walls, that explores a universe in a possibly-linear series of steps. There are obviously exceptions where a “sequel” is ignored by other authors, but that’s fine, too. I’d be interested in finding out if the original software was developed to make that cooperative writing easier or if the community just did it especially well.

There’s also some decent variety in genre. Science fiction is probably over-represented in these seventeen stories, but there are also many mundane “slice of life” stories, light fantasy, social satire, literary parody, mythology, and crime in there. I didn’t check, but my guess is that it wouldn’t be hard to find high fantasy, war, historical fiction, or romance. When glancing at the challenges, I also noticed collections of stories relating to superheroes, pornography, and holidays. In other words, if you’re a picky reader, there’s probably something that will interest you in there, if you can find it. Speaking of finding things…

My biggest objection—as evidenced by my spending around a dozen ficlets’ worth of text talking about wringing information out of the data—is the terrible interface of the Ficly website. The only way to find something is to go through lists ordered by date, with no searching, curation, or alternative sort orders. This tends to be a problem with any online anthology system, of course, and we’ve seen it before. But usually, there’s at least a top-ten curated favorites list or an option to get a list of randomly chosen stories.

More related to the storytelling is something made most clear with Next Breed of Thief, I think. There are some stories that can’t fit in this limited space. Or, rather, the original specific story fits. But the overall story arc it sets up then plods through dozens of pages, an unfortunate number of which contain some of the most tedious inter-event exposition that I can imagine, basically forgetting that each piece should be a complete story.

Finally, this is definitely a matter of taste, but several of the stories strike me as surprisingly clichéd given the high ratings. The world, after all, almost certainly has more than enough zombie outbreaks, or parables about oppression where the twist is that there is no oppression, just someone who’s a jerk.

Probably none. The Ficly community, like the Ficlets community before it, has been shuttered with only a static archive. Nobody involved seems to be asking for money. Everything is just there.

The code for the (current) Ficly site is on GitHub, though. Maybe something can be done to improve that interface, by a sufficiently motivated reader, though I don’t know how open the maintainers are to input six years later.

Just in the stories listed above and their prequels/sequels, there’s an enormous amount of material. Your Destination Has Not Yet Arrived introduces us to a world where geography is being scrambled in real-time, possibly deliberately, possibly dangerously, and possibly in an ongoing manner. I Drink Therefore I Am and Next Breed of Thief build out different parts of a cyberpunk world, with the latter being particularly detailed. As mentioned, the so-called lucky survivor’s lament and In sickness and in health both tell zombie apocalypse stories in their own ways. Deep explores a common deal-with-the-Devil trope. Without Walls provides nearly a dozen hidden cities that are bizarre in some sense, and a seemingly grizzled and lonely explorer who has been documenting his travels to them. Last Writes provides the reclusive and quirky crime writer Vincent Crow and his dark secret.

There’s more, but those are what stood out to me, in addition to a handful of named characters.

While we wait for that, what does everybody else think about these “ficlets”?