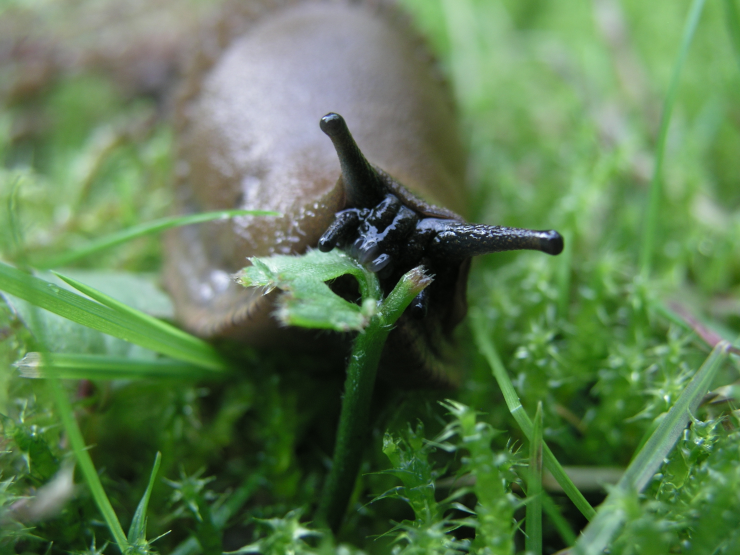 The Eye of the Beholder

This episode is probably the most interesting for how much it feels like it could have been a well-received episode of the original series, with a variety of “special effects” and a relatively straightforward societal issue to examine.

Captain’s log, stardate 5501.2. We are orbiting the planet Lactra VII. Our mission is to discover the whereabouts or fate of a six member science crew. Voice contact having yielded nothing, a landing party beamed aboard to see if the deserted ship’s log and computers could give us any information.

The name “Lactra” appears to be original to this episode. I can find occasional uses of it as a brand name for assorted products, but they all seem more recent.

SPOCK: A capability, I’m afraid, out of the reach of most humans.

MCCOY: You Vulcans are the most impossible, unimaginative…

At least someone is getting called out for racism…

KIRK: I’ll see if I can pick up anything on my communicator. This is Captain Kirk of the USS Enterprise, calling the crew of the Ariel. Come in please. Come in.

The Ariel is presumably named for the Shakespeare character, though the crew may have also had the Sylvia Plath poem in mind, too.

SPOCK: Captain, the beast, did it seem familiar to you?

KIRK: I’ve seen something very like it on Canopus III, but that’s light years from here. Still, this desert area is the same as on Canopus.

Canopus has come up in the series since Where No Man Has Gone Before, though I don’t believe that an episode has actually taken place there.

SPOCK: Doctor, your lack of scientific interest is amazing.

Again, it’s nice to have these things pointed out so that I don’t need to interpret the events…

KIRK: No. They’re like the dragons on Maravel. The stun charge should get them.

This may be a reference to Val-Maravel, a somewhat-famous French commune.

MCCOY: Well, if we came upon an alien creature we’d never seen before, the first thing we’d do is to make sure it was free of harmful bacteria. Then we’d see if it was intelligent.

Is that what they’d do, though? I feel like they frequently encounter new aliens, and purging them of bacteria not only hasn’t come up but is potentially destructive.

Eventually, we get a look at “an Earth-like environment,” constructed by the telepathic beings. Presumably, the teardrop-curves bear some resemblance to Earth’s current architecture.

KIRK: Offhand, I’d say we learned to keep our hands off.

I have to admit that I’m not comfortable how strongly Kirk implies that the Federation routinely captures space-faring individuals to put them on display, and I don’t see another reasonable interpretation. I mean, if they’re actually learning this lesson, this may mean that the Federation now needs to investigate zoos for intelligent creatures that may have been previously overlooked.

Anyway, in case anybody feels like the plot about people used as zoo exhibits is implausible, I’d be remiss if I neglected to point people at Ota Benga, a Congolese man who was exhibited at the Bronx Zoo in 1906, “partnered” with a feral chimpanzee.

We find the adaptation for this episode as Star Trek Log Eight. The last four books in the series cover one episode apiece.

“Captain’s log, stardate 5537.1. The Enterprise is embarked, for a change, on a routine follow-up mission—to search for a survey ship overdue for repot-in in the vicinity of Epsilon Scorpii, last known to be investigating the system of a G4 sun designated Lactra on Federation starcharts.”

Weirdly, Epsilon Scorpii (ε Sco, about 65 light years from Earth) is named Larawag from a Wardaman word—not Lactra, the name of the star in the episode—though the names do bear some mild resemblance to each other. Larawag is probably best known for representing Ceará, the Brazilian state, on the national flag. Foster has changed star names before, and seems to have delighted in filling his background with non-European names, so it’s surprising that he didn’t make the change, here.

“Keeper-animal relationships have always been fluid, Bones,” observed Kirk, “even on Earth. We have one category for ourselves and one for most other animals. But then there are the primates and the cetaceans. Intelligent behavior is often a question of artificially applied standards. Maybe the dolphins consider us part of their zoo. On this world I think we ought to be flattered if they’ve put us into the latter category. In any case, they’ve taken the precaution of putting us behind bars.”

I raised the question of why we haven’t seen any non-human animals treated as peers in the post about The Gamesters of Triskelion, and this at least hints at the most troubling possible answer: Humans haven’t gone to the trouble of trying to communicate, with Kirk not having the foggiest idea what dolphins think.

Surely, that dismal attitude will never come back to haunt Earth, requiring the crew to travel through time to collect members of an extinct species just to respond to an obnoxious alien that refuses to speak anything but loud, slow Cetacean, like a chauvinistic tourist.

“It’s nice to have confirmation of that fact, Jim,” agreed McCoy tiredly, “but I could have told you that already. And while you might think me a reactionary anthropomorphist, I can also assure you that they’re not pretty.” He wiped perspiration from his brow. The steady concentration had exhausted him, though in a fashion different from the way such strains affected Spock.

I suppose that “reactionary anthropomorphist” is the Federation equivalent of a bigot with human-supremacist tendencies. I mean, remove the alien trappings, and it’s not at all hard to imagine McCoy defensively ranting about how people are going to call him a racist, sure, but he just needs to say this one thing…

Speaking of McCoy and potential views of species superiority, his comments aren’t ever interesting or concise enough to quote, but he never misses an opportunity to object to being an exhibit at a zoo. He’s thoroughly threatened by the idea that there might be aliens that don’t think of humans as impressive. It not only indicates additional kinds of racism and may shed light on animosity against the Vulcans, but also might hint at humanity’s current role in the galaxy.

“I hope,” the target of that barb said carefully, “that was meant to connote the value of being a Vulcan.”

I didn’t bother to quote the “barb,” because it doesn’t make any sense. However, it’s worth bringing up that Commander Markel randomly outs himself as hating Vulcans.

The adaptation is otherwise identical to the episode, until the ending. Rather than asking the Federation not to return for a while, the Lactrans ask the Enterprise to assist them on a quest to capture the legendary jawanda, sure that the Federation encounters such creatures regularly but doesn’t notice them. We’ll pick up that story next time.

This episode doesn’t supply much, though the names may indicate the cultural references that are still current, and based on the simulation of a “human habitat,” we get some impressions how Earth architecture has evolved.

For the first time in a long while, somebody (Kirk) actually intervenes when people are acting racist.

There’s a substantial amount of racism in this story, both the original script and the adaptation. We see that animosity toward Vulcans continues, and see hints that humans consider themselves to be “important” in some way that contact with the Lactrans undermines. In the latter case, the term for such bigotry and chauvinism appears to be reactionary anthropomorphist.

It is implied, both in the episode and in the adaptation, that Federation cultures routinely create zoo-like structures to exhibit animals, without giving much thought to whether the animals in question might be intelligent. Kirk specifically uses the example of captive cetaceans, half-joking that the caged creatures might consider themselves to be observers of humanity.

Next week, we join the jawanda hunt, as Alan Dean Foster extends The Eye of the Beholder. Foster doesn’t name those chapters, so I’ll call them All Mimsy Were the Borogroves.