As a quick content advisory, this post will talk about issues that…certain people have insisted are “controversial.” That probably means race issues, gender issues, criminal justice, maybe the occasional insurrection, and the surrounding media coverage will come up. I also center this on the United States, since I live here; I suspect that the broad idea works around the world, though.

I almost stuffed it into the mailing list, but it quickly grew into a full post. If you don’t feel up to it, feel free to come back later or skip this one. If not, I’ll see you after the header image… 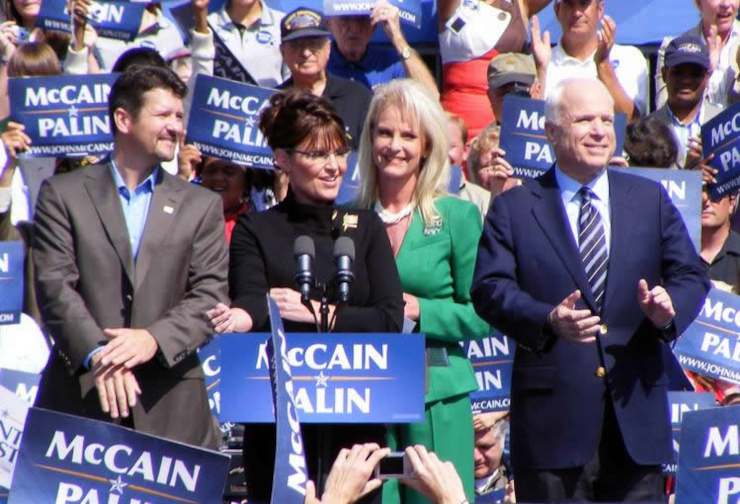 I keep coming back to the point of how, in the United States, the worst people—the people who almost entirely hold responsibility for causing or sustaining the country’s biggest problems—have found a way to quietly slip out of the discourse.

My “favorite” example involves how, no matter where your media sits on any political spectrum, they keep talking about coal baron and part-time Senator Joe Manchin as the stumbling block to the Biden administration’s agenda, and not the fifty Republicans in the Senate who use their skewed representation—quick calculations show that more than half the country’s Senators serve less than a fifth of the population—and willingness to hypocritically exploit chamber rules to obstruct anything that might help humans.

However, I want to also briefly consider a handful of other, more recent discussions in the media.

You’ll notice the theme, here, that these fascists—we might as well use the blunt term—don’t exist to the media, unless they can tell a friendly, humanizing story about them. A longer-running story, where I unfortunately couldn’t find a representative article, involves how voter suppression merely exists in some states, while the responsibility (and blame) falls to Democrats to fix it. The Republicans sponsoring and voting for those bills melt out of view of journalists, except in rare cases.

The Reasonable or Rational Republican

The Leach story worries me most, however, especially as I watch liberal-leaning independent media mourn the loss of the “reasonable Republicans,” who we could dispassionately argue government programs with, instead of the modern authoritarians. Often, the speaker writer has a list of people in their lives before the Trump campaign “made them” racist and homophobic.

Except that…the choices of which government programs to support always impacted women, non-white people, and gender and sexual minorities. Those people never had the privilege to extract passion about those programs, because those programs mapped onto their lives, just like they do today. This results in liberal outlets gladly promoting conservative groups that attack overt fascists, not seeming to realize that, once the threat of overt fascism subsides again, they’ll gleefully turn against liberals and progressives to claw their way back into power.

Seriously, the days of the “reasonable Republican” included:

I could go on like this for a while, but I think that I’ve made the point that conservatives haven’t changed much in fifty years, except maybe in growing less polite. Rather, liberals stopped seeing this sort of nonsense as good-natured or abstract. We now understand that “we need work requirements for welfare,” for example, means punishing single parents, disproportionately affecting minority groups. And honestly, we had no excuse for falling for it, when Lee Atwater explained the dog whistles .

Alexander Lamis published a longer version of this quote in 1984 without naming Atwater, then in 1999 with full citation; his wife published the full interview—I recommend listening, if you can tolerate the coarse language and slurs—after the deaths of both men. The cat, as the saying goes, is out of the bag. It shouldn’t be possible for people to describe themselves as “socially liberal, but fiscally conservative,” because one directly affects the other.

And when I say that liberals basically ignored the bigoted aspects of the Republican platform, I mean mostly universally. Republicans pushed Democrats into crafting the 1994 Crime Bill—the racist bill that sparked talk about “super-predators” and skewed the country towards mass incarceration—which received bipartisan support (though many Republicans voted against it, because of gun control and rolling in the Violence Against Women Act) and support of Black leaders. To his credit, Jesse Jackson voiced most of the dissent, yet even he framed his criticism as recycling failed ideas, rather than pointing out the racism.

I don’t go through all of this to bash Democrats or liberals; I find that trope extremely tiring in alleged left-wing media, as I’ve probably mentioned before. We all make bad calls. What matters is whether we continue to make the same mistakes, and how we fix the problems that we cause.

Rather, I go through this to make the point that “rational/reasonable Republicans” don’t sound different from modern Republicans. They’re now louder, and angrier that society has abandoned their ideas—because they never work, unless the goal is to enrich billionaires at the expense of everyone else—but if you see a significant change in the party, especially a recent change, then you haven’t paid enough attention.

…Doomed to Repeat It?

This exposes the problem for reminiscing about the days when we could politely argue over the degree to which we should bomb dark-skinned foreigners or over-police poor neighborhoods: Doing so pines for the days when we ignored white supremacy and fascism, and it hopes that we can return to that ignorance, now that the loud-mouthed, peculiarly orange fascist no longer has an office at the White House.

We shouldn’t want to continue to make that mistake, especially when we haven’t come close to fixing the problems that those mistakes caused. We need to shine a light to stop anti-democratic politicians from fading into the background when something goes wrong, and we need to stop pretending that the Republican platform spontaneously changed while something distracted us. The Southern Strategy turned the organization into one based on bigotry, not Trump. The “sausage-fingered vulgarian” exploited it.

Credits: The header image is mccainpalinrally by Rachael Dickson, made available under the terms of the Creative Commons Attribution 2.0 Generic license.