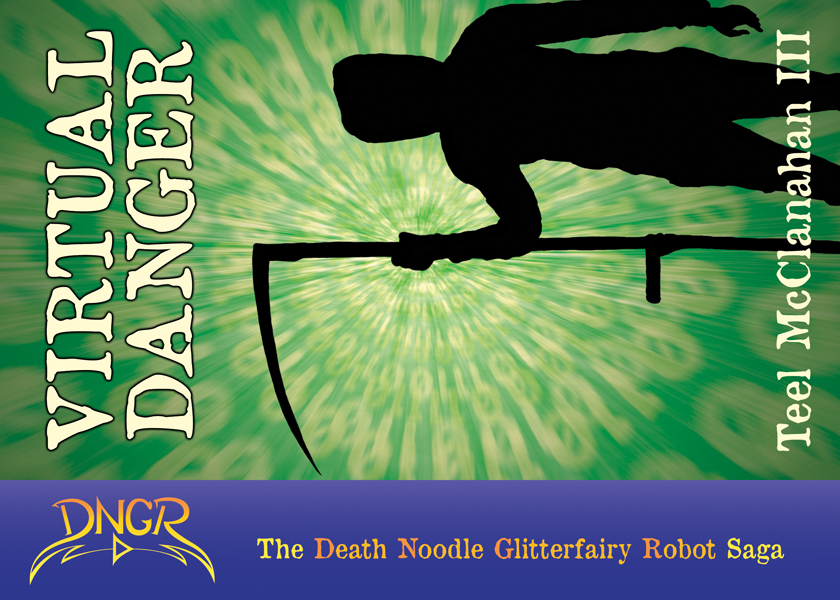 We don’t get this often, so I want to emphasize the value of starting this story with a tense action sequence that jumps into high stakes while setting up the characters. Too many of these projects start with introducing the characters, one by one, making the assumption that we’re going to find a way to get invested in a hypothetical future story based on narrative dossiers, so it’s refreshing to see something jump in and stick with that plot.

While it feels like it might go on for longer than feels warranted in a story that doesn’t center on grief, Death Noodle’s grieving feels natural and carefully written.

And despite the emotional tones of the prose not shifting, the prose moves fairly quickly. It has a specific direction in mind, and keeps the reader aimed in that same direction.

I also appreciate the mentions of prior adventures in just enough detail that the author clearly had something in mind, but without spending time digging into it to prove the deliberateness of the reference.

This is probably the pettiest complaint that I can possibly make, since fixing the problem requires spending money for no real benefit, and the problem sometimes feels universal in modern media. However, I feel like mentioning website URLs and not hosting something useful at those URLs invites trouble. If the book becomes popular, hypothetically, it becomes inevitable that a bad-faith actor will squat on those domains to distribute malware or something. Maybe this is a complaint about how Internet culture works, that creators can’t create bogus web-addresses without this risk.

As mentioned, while it does make some narrative sense, it feels like grief and depression pervade this quarter in the book, even though the story probably isn’t a meditation on grief.

Certain elements seem incongruous to the world described in the book. For example, DNGR living in a mansion—in fact, their overall prominence—seem to work against the background idea that they routinely stumble into bizarre adventures, and undermines the impressiveness of the quantum vault. Similarly, the United Nations having a military force that could plausibly bring a United States Senator and his private army to heel—if he didn’t have possession of alien technology—seems like enough of a stretch as to require more explanation than a genre convention.

Also, let’s throw in the fact that every “named” character—except for the UN agents—has their job for a name, with no explanation. Maybe Death Noodle just doesn’t care to learn that Band Manager calls himself Paolo or whatever. Maybe this represents an alternate universe, where people just name their babies after jobs and hobbies, and we’ve met the lucky few whose names match their jobs. Maybe they’re placeholder names or an inside joke that the characters aren’t important. Apparently, that doesn’t matter, and we shouldn’t question it, even though it seems like a murderous United States Senator with a jetpack warrants an identity. Others, however, might easily find that quirk charming.

The centerpiece is DNGR itself, a band that also resolves paranormal crises in its spare time. We see a sampling of their prior adventures, and see the United Nations committee tasked with keeping them from getting too far out of line, while also supporting them.

Next week, we continue Virtual Danger with Chapters Five through Nine.

As mentioned last week, I don’t have any (unconnected) material after the book. I’ll keep looking, but if anybody has recommendations, contact me.