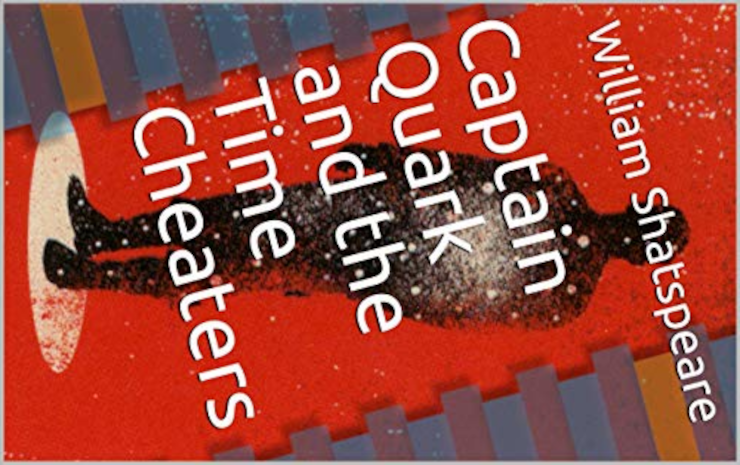 I guess that the final chapters move fast, but…

The sequences in this quarter of the book seem like pieces may have gotten lost, or may have served mostly as placeholders that could stand a rewrite. The parodies mostly seem to just reference something else, without having any real reason to show up there. The chapters appear to only exist to support one small gag each. And they abruptly end, twice with no real indication of whether or how the team accomplished anything.

The story also fails to answer what I had assumed the book pitched as the big questions. Why do people recognize Muddle as two major and unrelated characters from other universes? What do our protagonists actually do? Why have some parodies combined elements of two franchises/characters—including actual people who live or have lived—to create something entirely new, while others only copy popular characters and give them slightly different names? What do the pirate prologue and epilogue have to do with anything, other than showing us (maybe) a changed or different multiverse?

And maybe most frustratingly, other than part of the team defending the Statue of Liberty, the protagonists don’t do anything. The One Watch—which they assure us has a personality, despite not showing any evidence of it—just vaguely drags them through a few off-brand vignettes, while they quip.

Other than what I think that we have to classify as the laziest parodies in the book, I don’t see anything introduced. In theory, the museum might have some potential, but it doesn’t get a distinctive name or a particularly firm description.

Next week, we play a bunch of games that definitely qualify as Free Culture for many people, but don’t have public licenses that make me comfortable giving any of them a full post.

While we wait for that, what did everybody else think about Captain Quark and the Time Stealers?