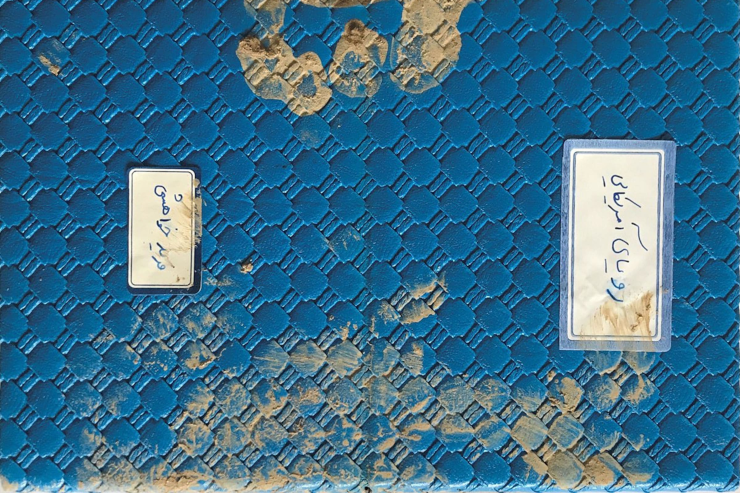 In addition, I should note that I don’t know how fair that I can treat the story, since I haven’t studied Persian. As an Indo-European language, I could probably work from a transcription (or learn the alphabet) and make some decent guesses about the content, but that seems like much more work to not much more benefit than using machine translation. In either case, I’ll probably miss out on important nuance, so keep that in mind as I try to assess the text.

Despite the continued lack of dialogue, for the most part, many characters feel more like they have personalities, because the story has grown more interested in the small physical and social gestures that they make. And some characters do speak, as well. And the separate stories start to connect, which gives the characters more depth.

I don’t know if the author intended it in the original, but it at least feels like a running joke that everything in the book happens or seems to happen “during Eid.” With the majority of Iran adhering to some form of Shia Islam, that could mean any of up to six festivals, which probably would feel like it covers most of the year. And we rarely find out which Eid maps to which event. Combined with the difficulties in translating dates—one event apparently occurs in 1992, 2009, and 2011—emphasizes that possibility. Again, I can’t say that anybody intended this, because the translation service may well not know the difference between (for example) Eid al-Adha and Eid al-Mubahila, and so presents them all as “Eid” in English. Or the book might check in with our characters annually.

While difficult to understand in translation, I can definitely appreciate the gutsy move to not tell this story linearly. Last time, I mentioned that this story feels extremely conversational, so these digressions—most of which don’t seem to connect back to the main narrative—emphasize this sensation.

Similarly, this section begins thinking about Iran’s unique position in regional politics. Regardless of whether I agree with anything said, it feels like an important “side-hustle” for the book to also give us a sense of how at least some Iranians think about Iraq, ISIS, and so forth. And to do so in the service of illustrating a new character’s personality makes it even more satisfying. You can also find some interesting insights, as well, that explain a bit about modern Iran and provide lessons for the rest of the world.

I feel like the book occasionally loses me. For example, the trek through the snowstorm takes most of the chapter before it can bother to tell us who the narration now cares about, and then takes a while more to explain why we’ve shifted the narration there. And then a paragraph casually mentions “Majid’s uncle,” later translated (I assume) to “Majida’s uncle.” That led me hunting through prior chapters for Majid, who got one prior mention in last week’s batch, Arman’s maternal uncle. In another case, Mahmoud’s uncle puts in an appearance, even though I can’t find any information on Mahmoud…other than his having an uncle, I mean.

The book also introduces us to a lot of characters, in these chapters, of varying depth, but no indication of who will remain relevant. In fact, the final chapter of this section tying back to the first chapter of the book tells me that maybe overweight Dr. Javadi will come back throughout the book…or maybe he won’t, and remembering his name will waste all our time.

We have a passing reference to Arman “playing computer games on Gamenet,” around fourth grade. I believe that the book puts his birth in 1986, meaning that—assuming that “fourth grade” in Iran means the same in the United States, and K–12 seems to closely match—that would show up sometime around 1996, possibly making it an early website or online service. Interestingly, Russian and Chinese companies both seem to currently use the name, usually bi-capitalized as “GameNet,” but not anybody else that I can find.

We also have a passing reference to a company called Payrizan Mihan, though we don’t learn anything about it. Meanwhile, we learn quite a bit about Magicpay’s employees, meeting at least six of them, with fairly strong personalities.

Also, I hope that somebody more familiar with Islamic and/or Persian culture will correct me, but I can’t find any reference to Eid-e-Dideni, the “feast and spectacle.” From context, it appears to mean a religious festival (Eid) before or during the (Solar Hijri) new year. Like I said, if you know better, please comment on this one, since such a celebration could easily exist under another name, or the Dideni term might have local significance that online translation doesn’t capture.

In a week’s time, we’ll continue reading, American Dream, from chapters 14 to 17.