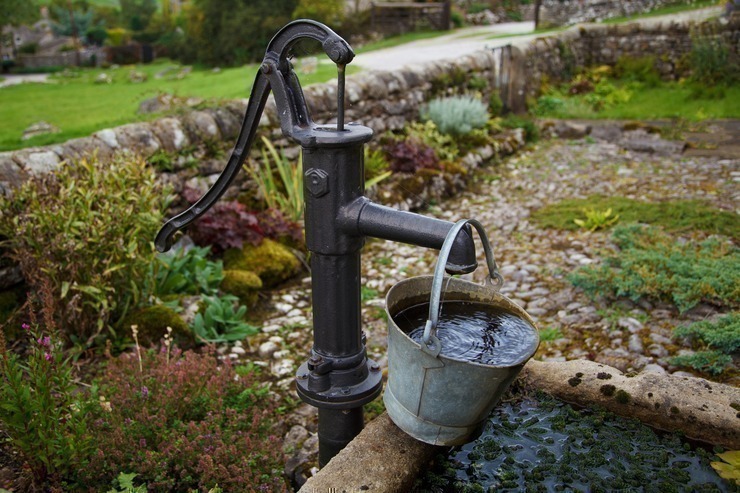 ...a successor to StatusNet...

Pump.io was designed as a successor to StatusNet (which otherwise mostly diverted into the Fediverse), claimed to do “most of what people really want from a social network.” If you’ve been following the space of open source social networks for a while, you have probably heard of Identi.ca. It previously used StatusNet, but moved to Pump.io and is more or less the flagship community.

And yes, it is confusing that Friendica and Identica aren’t connected. I’m glad you noticed that, too.

Sign up, with the Pump.io site pointing you to the

Datamost is very…I hesitate to call it “utilitarian,” because that implies the features are obvious. But it’s at least minimalist, possibly more than it can afford to be.

...what appears to be a defunct Farmville clone...

If you click on the server’s name in the upper-left, you get a brief blurb that will direct you to what appears to be a defunct Farmville clone (now a blog) and a Basic User Guide that sort of points to lists of popular people to follow.

Following users is downright hostile. You need to:

And then it doesn’t seem to always work. No feedback with an error, just…no feedback and no content from the user.

Since I wasn’t able to follow anybody and user information is apparently documented manually instead of…well, federated, I can’t say. What little I could find on those lists were mostly server administrators or free software organizations.

Further suggesting that this is sort of a dead network, a lot of the servers that prominent people/organizations list as their accounts are gone. In fact, other than https://identi.ca and https://datamost.com, none of the servers appear to still exist, and the former no longer accepts new users.

Maybe the server I chose was just broken (or maybe Identica is), but I don’t see much of use, here. On the other hand, a lot of the third-party clients seem gone or broken, too, so it’s possible that the network could be broken for new people, with everybody migrated over to the Fediverse.

Credits: The header image is unnamed by an anonymous PxHere photographer and is made available under the CC0 1.0 Universal Public Domain Dedication. It was chosen in reference to the project’s name, since no relevant free-licensed images are available.