Daylight Saving Time has a dark side. Here’s what you need to know from Fast Company

The upshot is that Americans sleep approximately 40 minutes less than usual on the Sunday to Monday night following the switch.

What has ever been granted to the countless millions of workers of Earth without a fight? Czar Nicholas has discovered that he is not all Russia. Will he “let the voice of the people be heard”? Was it argument or force that changed Czar Nicholas’s mind?

International Women’s Day: How far have we come? from Global Voices

In 1909, the Socialist Party of America celebrated 15,000 women who protested long work hours, low pay, and the lack of voting rights in New York City.

Every daring attempt to make a great change in existing conditions, every lofty vision of new possibilities for the human race, has been labelled Utopian.

Respect for woman, the much lauded chivalry of the Middle Ages, meant what I fear it still means to some men in our own day—respect for the elect few among whom they expect to consort.

De Robina and her collaborators found 3,300 apparent femicides in all.

I have borne thirteen children, and seen most all sold off to slavery, and when I cried out with my mother’s grief, none but Jesus heard me! And ain’t I a woman?

…the algorithm is going to weight…protected classes in a way that could be outcome determinative…then you’re kind of tech-washing your racialized assumption of individuals.

Y’know, because of course someone is doing this…

We have too many high sounding words, and too few actions that correspond with them.

As has quickly become tradition, here’s a sixth article that didn’t fit into the week, but too weird to not mention. 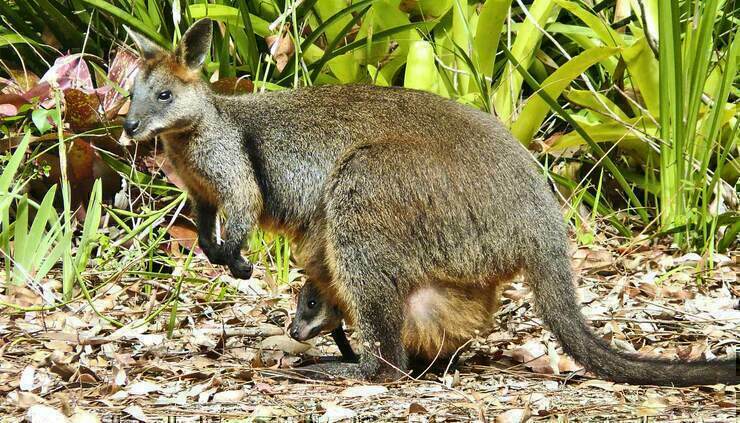 Marsupials have the largest sperm, the shortest pregnancies, and exhibit the longest periods of embryonic diapause (developmental arrest of the embryo) among mammals.

Hopefully, I’ll remember to mention this when my path through Star Trek takes me through The Trouble with Tribbles, sometime around Thanksgiving…

Credits: Header image is Circular diagrams showing the division of the day and of the week from a manuscript drafted during the Carolingian Dynasty. Swamp Wallaby and Joey by WikiWookie.