The city has started allowing outdoor dining, but only half…only getting 30 to 50 percent of their normal volume.

Generally speaking, it’s not a great economic indicator when nobody is taking care of the people whose job it is to take care of others. There are many examples of this, but this one is the clearest in the obvious disconnect between serving food and access to food.

It is not necessary to understand things in order to argue about them.

It might seem trite or excessive to talk about the “psychological accessibility”—for want of a better term—but that’s the sort of thing we do every day for ourselves in our own spaces. The idea that we could do it with some forethought and make things better for people generally is relatively straightforward.

The greatest use of life is to spend it for something that will outlast it.

This is also, of course, why Facebook cares more about stopping some kinds of extremist speech (environmentalism, opposing right-wing extremists) than others (advocation of violence against foreigners or dark-skinned people, fake medical cures). Other than the fact that the latter is better for business, they want the party in power that’s most receptive to protecting monopolies at the expense of small businesses and users.

Conventionality is not morality. Self-righteousness is not religion. To attack the first is not to assail the last.

Belarus in turmoil: The view from neighbouring Lithuania from Global Voices

Lithuania remains a likely destination for opposition supporters if the political situation in Belarus deteriorates further.

This is a complicated situation that seems to involve more pieces as it goes, and it’s worth watching how it plays out, given how similar the tactics are to what the Trump administration has openly admitted to doing in the United States.

Aim above morality. Be not simply good; be good for something.

In other cases, postal workers looking to defy that order have discovered parts of the machine missing. The whole goal is to slow the system down, partly to skew election results and probably mostly to “require” outsourcing USPS labor to the companies DeJoy invests in. This can’t be allowed to continue.

Remind them that the sword still hangs upon the wall and the heart still beats within the man, and that that sword will be unsheathed again, if necessary, in defense of your rights.

Because it accidentally became a tradition early on in the life of the blog, here’s a sixth, seventh, and…heck, even an eighth article (because the Oracle/Java mess is a thing to behold, if you’re a software person) that didn’t fit into the week, but too weird or important to not mention more generally. 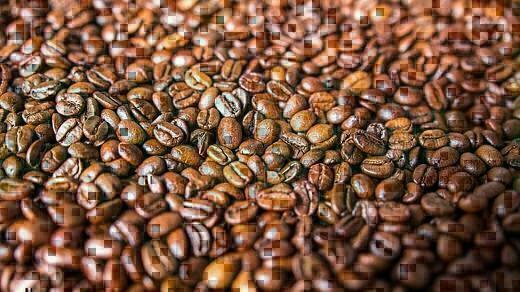 One year later, in 2018, the Eclipse Foundation announced a new brand name, Jakarta EE, with a new logo and working groups to support developers transitioning from Java EE to the new platform.

The response provided by the Trump campaign to the opposing counsel, which was shared with The Intercept and Type Investigations, contains a few scant examples of election fraud — but none of the instances in the 524-page discovery document involved mail-in ballots.

This isn’t the first time social media companies have removed political content based on this kind of “both sides” false equivalence. In the lead-up to the 2018 midterm elections, Facebook took down #AbolishICE pages used by leftist organizers as part of a purge which targeted white supremacists and right-wing “political influence” campaigns. During that same time, Twitter suspended 80 accounts associated with the Occupy movement, during a purge that targeted far-right 4chan trolls pretending to be liberal activists.

Credits: Header image is Circular diagrams showing the division of the day and of the week from a manuscript drafted during the Carolingian Dynasty.