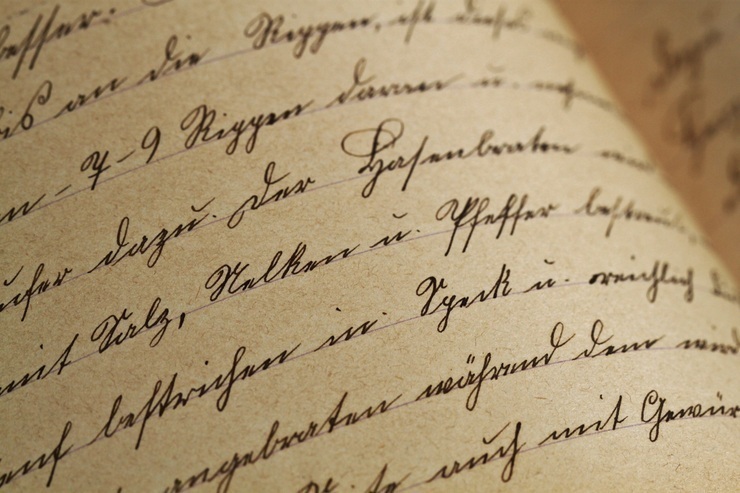 Unicode—the computer “alphabet” that includes all the characters you see on this page, plus most modern writing systems in common use (∂), plus punctuation and currency (௹), plus arrows and mathematical notation (↛), plus drawing symbols (✵), plus emoji (🐣), and more—has a lot going on in it beyond the obvious complexity of multiple formats (UTF-8, UTF-16, GB18030, UTF-32, BOCU, SCSU, UTF-7, and probably others) and byte orderings. The part that has grabbed my interest, recently, is the idea of Normal Forms, of which we have four.

Specifically, Normalization Form Canonical Decomposition interests me, because it represents each accented letter in a string as the base letter followed by any accents.

Better yet, in JavaScript, it’s easy to change normalization forms. Specifically, for these purposes, we want:

The decomposed letters have some nice uses.

At least in English, diacritical marks are usually a marker for either history (fiancée, über, soupçon, Māori, piñata) or pronunciation (naïve, coöperate), rather than as an element of spelling. This is especially true of names, where we generally want a person’s name to be represented properly (Karel Čapek, Charlotte Brontë, Beyoncé Knowles), and that name can come from anywhere in the world, but English treats it more as an affectation than a critical element of the name.

Of particular importance, here, is that we generally wish to sort a name with accented letters as if the accents don’t exist. So, we want piñata to sort identical to “pinata” and Čapek to sort like “Capek.”

The decomposed form allows us to do this by stripping the diacritical marks out of the string when we sort it.

That admittedly looks a bit complicated, given the regular expression, but the entire process boils down to decomposing the strings, stripping off the diacritical marks (Unicode codepoints 0x0300 to 0x036f), and comparing the results.

In other words, by normalizing the name, the computer represents “Čapek” something like

Then, we remove any diacritical marks (the caron or ˇ   in this case) by replacing them with nothing, leaving us with only the Latin letters.

More so than with sorting, it’s a better experience to search without regard for diacritical marks. For example, an increasing number of laws intended to suppress minority votes are posed as “exact match” measures, which require that handwritten voter registration documents be identical to personal identification documents, meaning that the exactness of accents and diacritical marks relies primarily on the comprehension and interest of an underpaid data entry clerk.

By the same token, even something with much lower stakes like searching an employee directory shouldn’t rely on the person searching for Beyoncé realizing that she has an acute accent in her name or that Human Resources input her name properly.

And neither of those even touches on the problem that a standard keyboard for English doesn’t have an easy way to type accented characters. So, even if a user has cleared the above hurdles, it’s still a waste of the user’s time to make them hunt down the exact spelling with diacritical marks.

We can solve this problem in a way similar to the sorting, normalizing and stripping both the target string and the corpus being searched.

It’s a bit before my time, but one of my favorite television shows growing up (via re-runs and now streaming) is Mission: Impossible, in no small part because of the signage in their fictional foreign countries. Especially in earlier episodes, to make foreign countries seem both exotic and approachable to American audiences, show creator Bruce Geller had the idea of creating signs written mostly in English, but a version of English with clever misspellings representative of stereotypes of certain parts of the world, often including bogus diacritical marks.

For example, if you pay careful attention, you’ll spot both Zöna Restrik (for Restricted Area) or Prıziion Mılıtık (for Military Prison).

And, of course, if you’re a heavy metal music fan, you’re undoubtedly familiar with the similar but distinct Metal Umlaut, though its use seems surprisingly limited to the diaeresis (¨) mark.

If we wanted to do something like transforming English text to Gellerese, you’re on your own figuring out how to change the base spelling in a reasonable way. But adding bogus diacritical marks? That, we can definitely do.

Again, we normalize the input string. But instead of removing diacritical marks as we’ve been doing, here we visit each character and, if it’s a letter, we pick a random-but-small number of diacritical marks to add (using log2() pushes the numbers lower and biases the distribution towards the lower end), and then selects the necessary diacritical marks from that same 0x0300 to 0x036f range we previously needed to remove.

If desired, this can easily be made more “intelligent” with lists of diacritical marks that are more appropriate to that letter, so that you don’t end up with implausible combinations like what you see in the above section heading.

In either case, it might be a good idea to call output.normalize('NFC') at the end to set the characters back to their “composed” forms.

One place where normalization has no effect is the Polish L-with-stroke (Ł or ł). It turns out that, as far as Unicode is concerned, those are letters unto themselves rather than modified letters. So, if you’re planning on using any of these techniques, you will want to take that into account.

The above sample code snippets are all in JavaScript, but the Windows API supports NormalizeString() and .NET has supported String.Normalize() for quite some time. Ruby supports string.unicode_normalize(). It shouldn’t be hard to find the equivalent for other languages, now that we know the key words to search for are “unicode normalize,” maybe throwing in “nfd” or “decomposed” to make the context clearer.