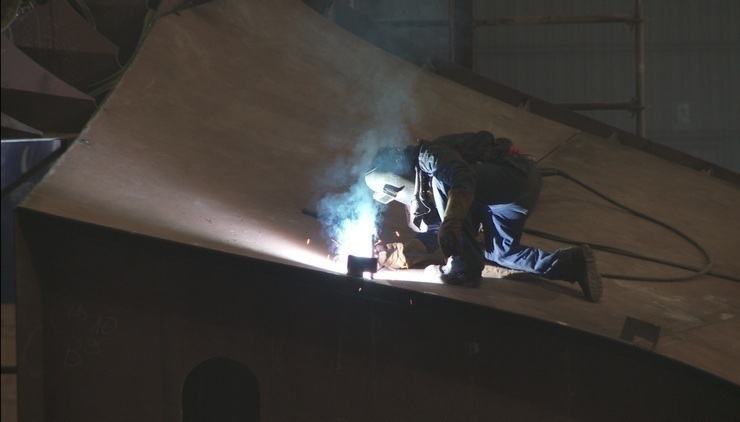 If you want to read the other posts in the series, you can get a full list of posts under the bicker tag.

After last week’s easy wins, I started out this past week thinking I would nibble at Bicker around the edges. Create some quick controllers and views and dump out a working CRUD foundation to build the rest of the user interface on.

...I stupidly made a whole bunch of fields in my database models required...

So, I rigged up a quick global menu to allow for basic account management, based on that same Nopio article. That worked well, so I plunged into creating Categories…only to realize that I stupidly made a whole bunch of fields in my database models required (non-null) and failed to name some of the foreign-key reference columns. This created a minor disaster, where references couldn’t be empty, but also needed to map to a row in an imaginary table.

If you’re not a database person, imagine if the government passed a law stating that every person was required to own a vehicle, but due to an offhanded joke and a transcription error, the only permissible vehicle to own was a flying carpet. The requirement is there, but it’s impossible to fill it, so the system chokes itself on red tape.

It’s a shame that Rails doesn’t have an easy way of validating things like this before they happen. I understand why, of course: It’s the database management system’s responsibility. But since Rails, out of the box, works with SQLite and it doesn’t handle that kind of validation, it seems reasonable to want a redundant layer to catch issues along those lines.

Regardless, on top of the other issue, I also still had that vestigial sessions table that didn’t have any part in the program.

Rollback, into a Ditch

The obvious solution, at this point, was to create a migration to fix the problems. And I did exactly that. A small problem, though, is that either Rails or SQLite doesn’t allow for changing reference columns if referential integrity checks fail.

Again, wouldn’t it be great if those checks were performed during creation instead of waiting until someone is trying to fix the problem…?

Either way, I couldn’t make the necessary changes with a migration, because the schema failed to validate properly. Oops!

...can get away with being fairly heavy-handed...

Fortunately, since nobody I know of is using Bicker and anybody who might be using it secretly isn’t going to be able to make it do anything other than logging in and out, I can get away with being fairly heavy-handed in my solutions, rather than patiently untangling the mess I have gotten myself into. For example, I can run…

That wipes the entire application’s database. From there, I was able to rewrite the migrations to something more sensible, delete the migration creating the sessions entirely, and then bring the database back up to date. 🎇

I Don’t Know, CanCanCan You?

With a new database schema that wasn’t completely broken, I created the scaffolding for categories and messages. I also quickly added some authentication to the controllers:

So, it’s now possible for anybody to read, but a user must be logged in to do anything else.

However, I had a new problem related to permissioning, so still couldn’t create any new records.

Some quick research turned up an obvious solution: Tell CanCanCan to allow the parameters through. This changes the existing controller helper function from something that looks like this:

That solution works for the categories, but the messages…still needed some work. In this case, there was no Rails-level error, just an application-level error insisting that User must exist, which should already be the case. Some quick debugging suggested that the :user_id parameter was being set correctly in a hidden_field and that the ID matched the only user in the database.

Conveniently enough, since the default development database is just SQLite, it’s not hard to query, first by calling the following to get at the prompt.

There are actually two problems “hiding” in here, both my errors.

First, due to a stupid copy/paste error, the message’s category was coming in as part of a different object than the rest of the message’s parameters. That’s easily fixed, of course, just changing the object’s name in the view.

Second, I forgot that a major implementation detail of Bicker’s model is that the messages don’t contain any content of their own, instead farming them out into separate paragraphs. We’ll see why that’s important in the next week or two.

This sort of thing is slightly harder to fix, but not much. I needed to do a total of three things.

The first step is to take the content of the message that’s submitted and divide it up into separate paragraphs. Because we don’t want to waste effort later on down the line, we probably don’t want any empty paragraphs, so we end up with something like this.

It takes the parameter set as input, grabs the text, chops it on every newline, and then filters out any line that has no text in it.

We can’t use the parameters to create a new message object when there are extra fields floating around, so we need to drop the content field, here.

Fortunately, Rails provides an Object#except() method, allowing me to ask for params.except(:content) and get the object I need, so that Bicker can create the message object.

Obviously, this needs to keep track of the paragraph that was created most recently (if any), so that it can be set as the next property of the new object. And since paragraphs are owned by the message, we can’t create the paragraphs until we have the message ready to go.

...displaying the message requires re-assembling the chain of paragraphs into a single text.

And then we have the flip side of the paragraphs. We don’t want to edit them—again, the reasons will become apparent in the near future—but displaying the message requires re-assembling the chain of paragraphs into a single text. Right now, there’s a naïve way to handle this (print them in reverse order), but we’re going to be rearranging them in the near future, meaning that we need to keep querying for the next paragraph until we have the complete list. Tedious, but it works…until we need to deal with replies, which will complicate that code a bit.

And that takes care of that! I finally have a basic CRUD application working that allows entry and reading of categorized messages. 🎉

While doing this, I also put together some new graphic design. I re-created Bickie the mascot and the logo as an SVG, tossed together a very quick (and, frankly, substandard) Earthy color scheme, and chose some basic fonts:

I also created a very simple background texture, since I find that such patterns (like the squares on this page) make a site feel less harsh when looking at it for extended periods. In this case, I just used the GNU Image Manipulation Program to create grayscale “plasma clouds,” made the image tileable, and then dropped the opacity to something that’s not easily noticed, but still detectable.

It’s all subject to change, of course, and just done to keep me from staring at a stark white screen for hours on end. But it also has the nice side-effect of looking like a real application.

Because I still had some time to mess around, I decided to see what it would take to get SimpleMDE to work, here, for creating messages in Markdown for formatting.

It turned out to be trivial. I added the two links from the jsDelivr CDN and made the call to new SimpleMDE() on the message form. Worked on the first shot!

Quick discovery along the way, though: After a while away from Ruby, I somehow convinced myself that equality comparisons looked like assignments (=) instead of looking similar but being distinct (==), as in C-like languages. So, displaying multiple messages was pretty broken until I fixed that.

Of course, just because the user can now type Markdown, that doesn’t mean we display it properly. We store the text as the same markup code we receive, so that’s what would get displayed. Instead, we need to convert it. And for that, it looks like the state of the art in Ruby is the Redcarpet gem.

It took a couple of tries, because I was (stupidly) trying to handle all the paragraphs in the view and because the documentation isn’t clear on what the renderer parameter should be. But after moving that logic to the controller and poking around a bit to discover the Redcarpet::Render::HTML renderer, I was able to add code like this.

This comes pretty close to what’s needed, but unfortunately, Rails tries to be smart, and so “escapes” the HTML code so that it renders as code instead of formatted text.

Fortunately, though, there’s a solution over in the view:

The raw function instructs the view to avoid escaping the string. Because that’s a security problem, I’ll eventually want to sanitize the input, probably by stripping out any HTML tags. That’s easy enough, since Rails includes CGI::escapeHTML() for exactly that purpose.

Hand in hand with this comes RubyPants, which handles conversion of punctuation—something that’s going to be very important—to the appropriate HTML entities. The same gem is used by Jekyll for blogs like this, for example, which is why you’ll see curly quotes and apostrophes, em-dashes, ellipses, and other “fancy” versions of punctuation, here, some in this very paragraph…

All this conversion, though, causes a few very minor conflicts. For example, both RubyPants and the process of separating lines breaks up code blocks into units that are no longer formatted correctly. But again, that’s a problem to be solved another day.

If you want the whole history, here, the original version of Bicker supported Textile as the markup language via RedCloth. At the time, Textile was standard for Ruby applications and, while Markdown existed (its specification dates to 2004), it wasn’t in nearly the wide use it sees today. Since I’m not shooting for backward-compatibility, I’m opting for the more modern lightweight markup language, here.

We may not be able to fix this, unfortunately. When we start adding replies, we’ll be adding the ability to split a line item into two paragraphs, anyway, making it impossible to maintain a numbered list’s ordering unless we put in a lot of work past the point of diminishing returns.

But, as I’ve said about a couple of other things, that’s a problem to deal with another day.

Now that I have a functioning CRUD application, after some cleanup, the next big step is to add the ability to insert threaded replies into messages.

The replies are critical to making Bicker a functional communication tool, after all, so the that should probably come next. However, thinking about the number of moving parts that might be required to do this in React (my intended target), I reserve the right to change my mind and shift my attention to something that would require somewhat less thought…

Credits: The header image is unnamed by an anonymous PxHere photographer and is made available under the CC0 1.0 Universal Public Domain Dedication.