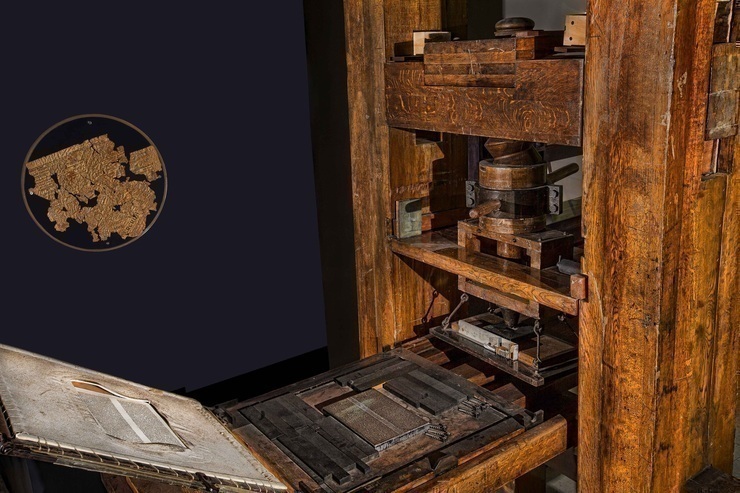 It’s worth noting that I created Bicker’s repository on the 10th of January, so this past week kicked off the second month’s work on the project. 🥂

The first thing we need, this time around, is to actually show the replies we have, in some respect. So, to get that rolling, we need to collect the data we need.

And this new ClientParagraph class is pretty boring.

Notice that we no longer ship off a simple list of paragraphs, but rather have a binary tree, where each “node” essentially has a potential successor and a potential first child.

This method now, of course, replaces the existing Paragraph.select() call in the show-message method.

For a long while, I was setting the extra object properties like in the following example.

This seemed like what I wanted, despite being a fairly unpleasant hack (dynamically updating the object’s class), but it caused problems when passing the objects to React: Ruby code could see the complete object, but JavaScript could only see the database model object. Updating the class definition is certainly a handy trick, but clearly not for use in any work that crosses any sort of application boundaries.

I tried moving the accessors directly into the model definition, but that didn’t change anything. Instead, I just created the new class for paragraph information being sent to the view, which is a lot more straightforward.

Now that we have the replies to play with, we can look at displaying them. As mentioned last time, the place to start is on page-load, even though updating the page directly would be far more satisfying.

This requires fiddling around with the embedded Ruby to add in all the new details and to shift the time formatting back. And then it requires updating the Paragraph component to recursively print any child paragraphs.

It also requires shifting some search code out of the (Ruby) view and into the controller where it belongs, so that it’s consistent across the entire tree. You can see that most clearly, above, in requesting the user associated with the paragraph and in formatting the creation time.

That done, we iterate through the children and create the Paragraph components for them.

The newest idea, here, is the indent parameter and property. This allows us to set a style that nests replies underneath the text that they’re replies to. 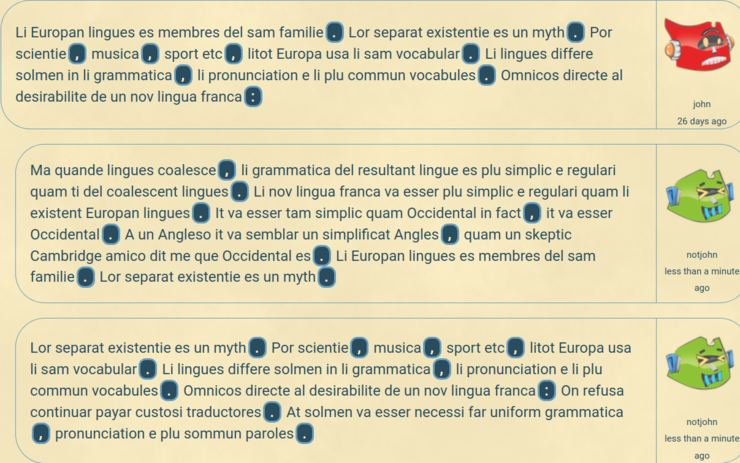 Visually, it might eventually make more sense in some circumstances to organize the replies in the opposite direction, so that they’re easier to read than the increasingly-stale original text. But that’s likely to take a fair amount of design time and this is definitely good enough for now.

Now that I have the replies displayed on reload (before taking the screenshot above), I notice a key problem I should have caught when I wrote the code in the first place. My code to insert replies sets the user incorrectly, so every paragraph is marked as if it was written by the same user as its parent. I have…

So, now, replies are assigned appropriately. It’s the little things…

Now that a message’s page might change between viewings, I want to take a quick diversion to show the paragraphs that have been added since the last viewing.

To do that, we need to track which users have seen which paragraphs. And by seen, I mean loaded, because it’s not yet worth it to figure out which components have been physically displayed to a user. All we need for that is a table containing a user_id and a paragraph_id.

With the table, we only need to mark paragraphs that don’t already exist in our show method, then use the value to choose the CSS class of the paragraph’s outer container.

Easy enough, even if changing the thickness and color of the border is a bit ugly. At least it gets the point across.

Another small thing I’d like to do before getting to the meaty project is to prevent users from replying to the same text multiple times. After all, if the goal is to model a well-behaved conversation, you generally don’t have multiple people rushing to respond to the same point. Instead, the behavior we want is for subsequent users to respond to each other.

We’ll do this by not separating the last punctuation mark of a split paragraph into a button. Of course, to know if the paragraph was split, we need a flag on the paragraph table to tell us whether it has been split.

Easy enough to do this, but it’s worth noting one (relatively) new feature of Ruby on Rails that makes life easier but I don’t see widely discussed: A lot of a migration can be auto-generated from the command line!

The above creates a migration containing the following, parsing the title to determine what the column specifier means.

I needed to manually add :null => false and :default => false, but that’s not a bad deal at all, really.

However, making this change draws attention to the fact that a writer can currently block replies by not typing any punctuation (or carefully using marks that aren’t on my list), meaning that we should probably circle back at some point to add a bogus mark at the end of paragraphs with no other punctuation. But that’s for next time.

An alternative approach that probably would have worked for most typical relational database management systems would be to assume that any paragraph where p.next_id > p.id would be the first half of a split. After all, most database systems assign IDs monotonically. So, since we create the messages from last paragraph to first and the second half of a split is added after, the ID numbers in the list should decrease except for our split paragraphs and, of course, the final paragraph.

However, that’s very clearly awful practice, because even though it will probably work in most typical database management systems, I would be very surprised if any vendor specified the ID-selecting behavior. Because it’s not specified behavior, it’s not at all out of the question for a particular implementation to do something strange like recycle IDs from deleted rows or even choose IDs randomly or through a hashing scheme.

So, obviously, don’t ever do this. The boolean column doesn’t take up much space, even if that’s an issue for your application, and you can rely on it being correct. I only bring up the alternative for the sake of showing a “clever” solution to a problem that’s very tempting, but much less clever than it appears.

Not to sound become a broken record, but there are a lot of niggling issues with how I’ve managed the React components, especially. There’s too much work happening in the Rails view, when a lot of those tasks would be better split between the controller (preparing the data) and the React components (splitting the message payload into individual paragraphs).

That’s just drudge-work, of course. So, there’s nothing exciting to show or talk about, but should still be done. With any luck, improving that split will also make it easier to update the React components.

Actually, mostly. If we move the data manipulation back into the controller where it belongs, the Rails view now gets chopped down to this.

From there, the new Message component needs to turn the objects into a list of rendered components.

The .map() gives us a Paragraph component for every object, and then we just return the array of components.

There are some other minor changes to make to get rid of some browser warnings, fix a few small bugs, and generally clean up, but there’s nothing useful to say about those changes that can’t be seen in the commit. All the problems were careless typing, basically.

And there’s still a lot more refactoring to do to make this code look anything more than hacked together, naturally, but I’ll leave a lot of that work for after the basic functionality is in place. Otherwise, I’ll get bogged down too much. Make it work first, then make it work well.

That’s it for this time. Unfortunately, I ran out of time to get to the dynamic view updates while making interface improvements, so that’s clearly going to be the primary goal for this week. After all, it’s the remaining piece of what I’d consider “core functionality” that’s still not working.

Also, as mentioned earlier, I think I want to display a spurious punctuation mark at the end of any paragraph that doesn’t have any. Doing so would make it impossible to post a comment that nobody can reply to.

I also didn’t get around to the length miscount issue I discovered last week.

…there’s a small bug in escaping the message text. The punctuation in the escaped text gets transformed into buttons and we also miscount the length of the strings due to the extra characters in an escaped string. Small issue, but I’ll still want to deal with it.

I also didn’t have time to look at testing, so for the third week in a row, that’s still on the agenda.

Credits: The header image is Antique Printing Press by an anonymous PxHere photographer and is made available under the CC0 1.0 Universal Public Domain Dedication.