The holidays for today are a bit thin, but having something of an interest of languages, Old Permic Alphabet Day, celebrating the Old Permic script, an adaptation of the more common Cyrillic alphabet. 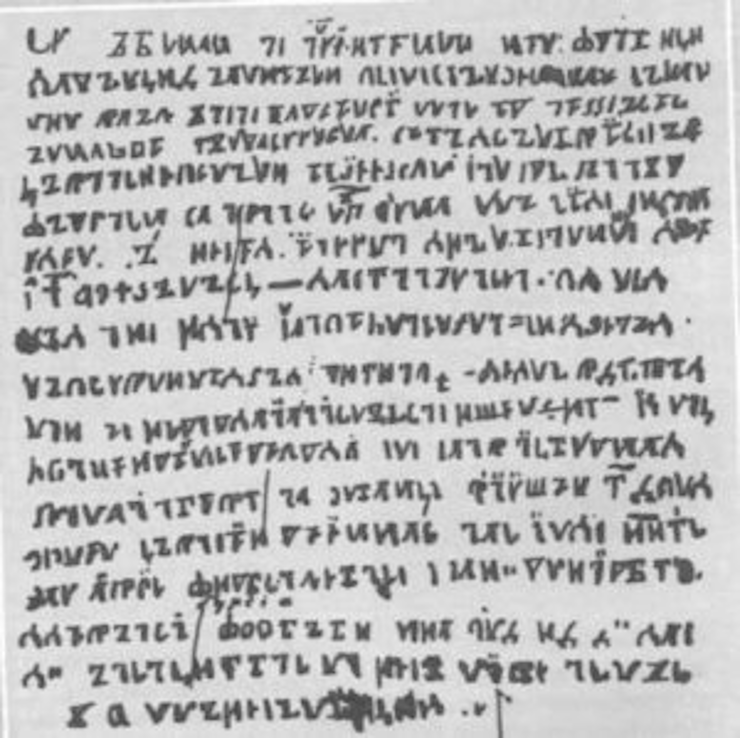 Pardon the low quality of the image, but you’re here on Mondays for code.

Especially given the work involved in releasing All Around the News, I deliberately kept my work to a minimum while still moving the ball forward. In this case, that meant focusing on Doritís Onomáton, especially since I’m going to want to release an AAtN app at some point.

I added a bunch of alphabets and abugidas…the latter probably done poorly, so if anybody sees improvements, I’d appreciate them. I also separated the scripts into a separate file for maintainability.

In addition to that, I finally added a rudimentary About box, swapped the direction of swipe gestures for consistency with other apps, and added a tap gesture to copy a name to the clipboard.

I should probably add an option to show the session’s saved names and fiddle with a few of the abugidas. This also needs a server before I can justify submitting it to app stores.

Credits: The header image is an Abur (old Permic) komi inscription, old enough to have long been in the public domain.