In the United States, it’s Flag Day, but that’s (frankly) a silly, faux-patriotic holiday that’s most notable for its nearer proximity as a patriotic holiday to the summer solstice next week than Independence Day is. So, instead, I’m going with World Blood Donor Day, since blood donation is fairly important. 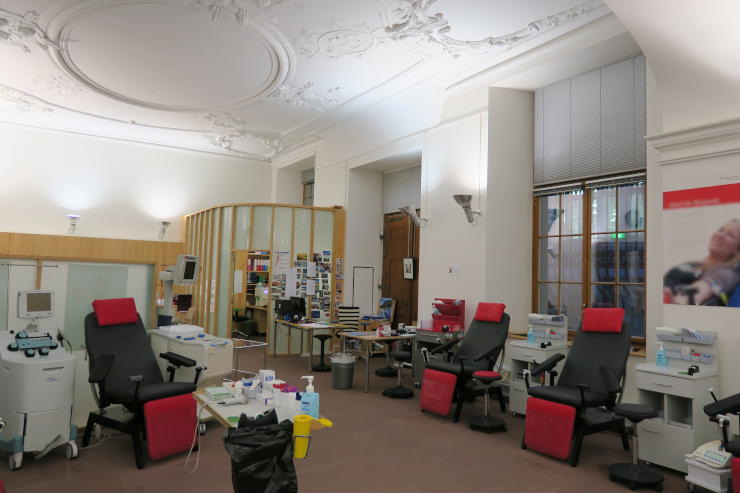 Anyway, I made some changes that probably aren’t particularly interesting, and I also apologize to anybody who happens to actually get excited about Flag Day.

Over on GitLab , I finally added a repository for the blog’s comments. Not that we have many comments around here (ahem), but the next step will be to make sure they get updated on a schedule, ideally something that will allow me to moderate any comments that we wouldn’t want to save for posterity. On the other hand, the idea of collecting a set of spam messages accidentally licensed under Creative Commons is reasonably funny.

Anyway, it’s on GitLab instead of GitHub, because that’s where I think that I prefer to keep repositories that are mostly managed by bots. I already have one GitHub repository with automated check-ins—my profile—and once ran afoul of their incomprehensible anti-bot policy once.

If this is the sort of thing that interests you, you might also be interested in the repository I created for my homepage. I only really started keeping it under version control in January 2020—seventeen months and change, as I write this—so there aren’t many big historical changes. In fact, I believe that the use of version control began just after one of the biggest changes to the page that I can remember since the earliest version of the page in…it looks like the first half of 2014 when I released it as just a page of links for prospective employers looking for more information about me.

Admittedly, I’m surprised that I haven’t gotten tired of the style after seven years, even after the last eighteen-plus months of looking at it every day for the blog.

Anyway, I haven’t decided on a license (if any) for the main page, yet. Unlike the blog, I can’t see much use for recycling any of that content that’s both beyond Fair Use doctrine and something that I’d be comfortable allowing. And anybody who sees another use can always ask, until I make a real decision.

As promised last week, I used just about every day to handle at least two pull requests. The projects include Fýlakas Onomáton, VSCode Rat, Replybrary, and Bicker.

Since there’s still more than twenty pull requests left to deal with, I think this week is going to be another week dedicated to cleaning them up. Time doubtfully permitting unless I move less aggressively on updates for projects that aren’t active, I’ll obviously want to get back to Fýlakas Onomáton, and I have a useful idea for CPREP to make it less clunky while also treating the gender identity values as more than just superficial.

Credits: The header image is Saal Blutspendezentrum Basel 3 by Keimzelle, made available under the terms of the Creative Commons Attribution-Share Alike 4.0 International license.