This week, our Free Culture Book Club maybe reads, but probably not really—I’ll explain later—a few of the stories from Eroticature. 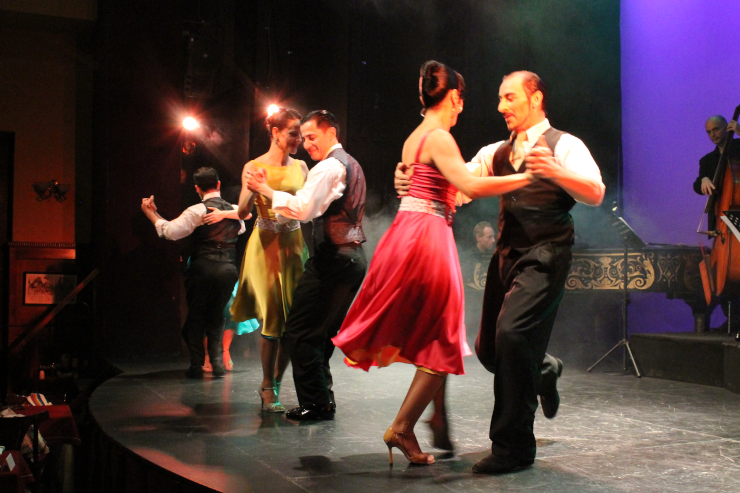 While the wiki still existed, here’s how it described the project.

It is the erotica implementation of the Open Setting License, a free copyright license that applies to fictional settings (i.e. the names, places and other setting elements that constitute a fictional universe). That means you can take the characters, etc, from this wiki and use them in your own stories, songs and movies. You do not have to ask anyone’s permission. You simply have to release your own work under the same License and abide by its terms.

Attentive readers might recognize the Open Setting License from Solitudes and Silence. While Eroticature is probably loosely related to Theonosis in some way, I don’t see any authors in common on a quick check.

So, here’s the problem. Or set of problems.

Being honest up front, here, erotica tends not to titillate me. I don’t have a problem with its existence, but it’s basically just someone else’s personal fantasy, which usually has an element of power to it, often introducing its own set of issues. But even if that wasn’t the case, it doesn’t seem appropriate or useful to discuss whether someone else’s fantasy is arousing to me. So, already, we have a genre that probably shouldn’t be judged by…well, it’s contents, since the story mostly just serves the sex, the sex mostly just serves that fantasy, and the fantasy is personal.

So, while I’m tempted to scrap this entire week’s post and replace it with something more interesting, I’ll instead pick a few stories as examples of the style, speak in generalities, and focus the adaptation side on the wiki, which does have an explicit license. With that said, these are the stories that I randomly chose.

As to the random selection process…I’ll get to that, later. I’m not happy.

Admittedly, there are sample chapters archived from the wiki, which should be licensed CC-BY, but the majority of the few that were saved appear to be coercive prison stories, and I’m…not in the mood.

For all my complaints below, I can almost believe in the growing romantic relationships shown. Almost.

Also, let’s be clear: No matter the quality, no matter my assessment, this is precisely what the book club exists to find. From the first post of the series, I talked about the need for Free Culture franchises designed for other people to expand, and an interest in finding franchises in need of collaborators or a new custodian. In a “be careful what you wish for” scenario, Eroticature may have a wide variety of deep problems, and it’s deliberately not for all audiences, but it fits as at least as well as anything else we’ve seen.

Finding stories to read is a nightmare, and I’m not entirely convinced that the problem is that the website no longer exists. This is a problem for most anthologies that we’ve seen, of course. Because a project like this is going to attract writers who want to practice writing, the administration work falls behind and is almost never planned for in advance. This might be the most egregious example, however, with the need to snake through the wiki just to find links to any stories, only to find out that the Internet Archive never went that deep to make copies, then trying to hunt for copies of those stories on an also-defunct blog. Either that, or the endpoint of following the wiki links is a dead Amazon link to a book that hasn’t been available for sale in years.

I ended up picking five random months from the archived Eroticatorium site and picking a random story from each page, since I couldn’t find a better way to get through this. And again, I’m not completely sure that any of these stories are Free Culture, and that bothers me.

In addition, while the content advisories in this book club aren’t normally meant as judgment on the quality of the book—for example, in this post, I’m not suggesting that anybody has or should have a problem with reading a story that includes two men having sex, but I am signaling that people who were raised in certain ways might get more out of the story if they know to expect it and take a moment to prepare—but given the proximity between erotica and fetishes, many advisories are basically all there is to the story. One of them, I would describe as basically just homophobic comments wrapped around racist and misogynist stereotypes, plus a homosexual sex act.

Because of this dynamic, characters are mostly stereotypes. Sex is often perfunctory, yet descriptions are attempted in graphic detail, with what I’d classify as juvenile terminology. The settings are basically irrelevant, and I can’t help suspecting that every single prison, slave plantation, and Congressional district is secretly based on its respective author’s remembered junior high school experience, rather than research.

And while I said that it doesn’t make much sense to judge the stories, here, since they’re really only a frame to get to the sex…these are terrible. It took me forever to get through what are basically five short stories. Most of my notes are “is this a story?” I was going to go for six stories, like I’ve usually done with anthologies, but these were too dreadful to get through. Maybe it was terrible luck, maybe it’s my personal biases, or maybe a particular story only works if its kink happens to be the reader’s kink.

The community seems long gone, though you can find e-book compilations scattered around various online shops or maybe splinter groups on social media sites. Presumably some of that money goes to the authors, though I can’t guarantee that.

However, there are also communal-use series titles and pen names that I suppose one might use, if necessary. Be aware, though, that any remaining community still using those names might need to pursue the use of one of the names as (effectively) trademark infringement, if the material hasn’t been vetted by them.

The community had an explicit rule against the use of real-world brand names, so in addition to the many individual characters, there are plenty of companies and organizations. Those at the center of the stories—the prisons and schools, for example—are more detailed than those just used as filler.

That said, some names in this world are fairly improbable, and…let’s just say that they’re probably not useful outside the erotica genre, being a bit too explicit. There is an archived wiki page, if you’d like to see what I mean. The links apparently weren’t archived consistently, but it’ll give you a sense of how unlikely and how not-family-friendly the brands get. For example, even tame as it technically is, it’s unlikely that anybody would find a “Brutewood Correctional Facility” realistic in something like a prime-time drama, though the assorted gangs might seem more plausible.

I believe that the Open Setting License means that, regardless of the actual license attached to the story, you’re allowed to use Representative Barbara Nashton (R) of Virginia in OSL-licensed stories, but I’d need to review the license more carefully to be sure. In other words, take great care if you decide to borrow anything from one of these stories, other than the largest shared features of the world described in the wiki.

An argument can probably be made that the communal pen-names might serve better as a list of fictional authors, for most people.

Despite the fact that this was just more reading, the responsible thing to do is to cover another novel, next. So, we’ll read Dustrunners: Typhoon, by “MCM” and published by 1889 Books. It’s around fifty thousand words, so expect it to take four weeks.

While we wait for that, what does everybody else think about Eroticature? I suspect that my thoughts on it are maybe excessively clear…

Credits: The header image is untitled by alapileo, made available under the terms of a Creative Commons CC0 1.0 Public Domain Dedication.