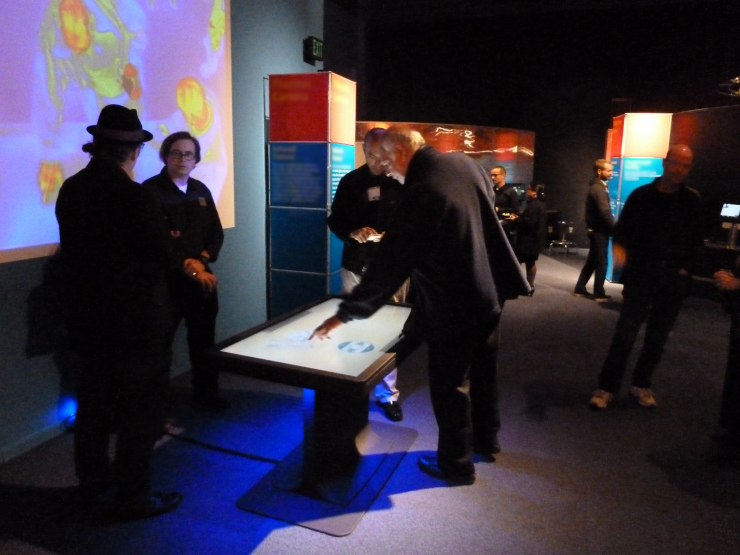 To start off, traditionally, a jihad is a personal spiritual fight, either for self-improvement or against evil, in Muslim philosophy. Under old sharia, it has also meant armed struggle against non-believers, comparable to the Christian Crusades, and you’ll sometimes hear the phrase “greater jihad” used for the introspective definition to distance the communities from violence, as modern fundamentalist Islamists pose as mainstream representatives of the faith.

Otherwise, this episode doesn’t take place in Federation space and is mostly concerned with its Mission: Impossible-style plot—another franchise that started at Desilu’s studios, incidentally, and that also employed Leonard Nimoy for a few years—and non-Federation politics. So while I could try to guess what terms that certain names might derive from or get interested in the first real taste of the variety of life in the franchise’s galaxy, there’s really only one line of real relevance to us.

SPOCK: Most of them will be killed. The warrior races of the Federation will rise up to battle the Skorr.

This is a grim sentiment. The franchise has given us the impression, in the past, that the Federation is an unstable government that’s under a near-constant threat of disintegration. However, this also suggests that there are also entire cultures that have been waiting for a huge war to fight.

We find the adaptation for this episode as the third story in Star Trek Log Five. It gives some background on the Vedala civilization that—much like M’Ress’s history earlier in this book—isn’t relevant here, but semi-interesting for readers interested in the broader fictional galaxy.

Like the episode itself, there isn’t any information to pull out of this adaptation that tells us about the Federation. As mentioned, though, if you’re interested in the assorted aliens on the team, you’ll get much more out of reading it.

As mentioned—twice, no less—this episode provides almost no information for us, except…

We’re told, near the end of the story, that the Federation includes several cultures that would love nothing more than for a huge war to break out for them to fight.

This is the final episode of the first season of Star Trek: The Animated Series. Normally, we’d take next week to summarize what we’ve learned, but given that we only had sixteen shorter episodes to deal with, some episodes like this one have had little to offer us, and the second season only has six episodes for a total of twenty-two episodes, it makes more sense to treat the entire series as a single season of the original show. So, rather than a summary post, check back next Thursday for The Pirates of Orion.

Credits: The header image is Heist! At The Tech Museum — Test Zone Opening by Open Exhibits, made available under the terms of the Creative Commons Attribution Share-Alike 2.0 Generic License.