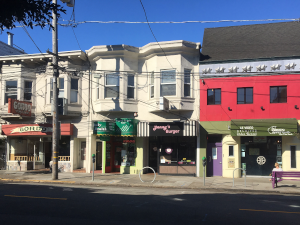 How to help local businesses crushed by coronavirus: 4 things you can do right now from Fast Company

Need any item in their store? Just call and order. Pretty much every small business out there is willing to arrange a pickup or drop-off you’re comfortable with.

Of course, please balance this with the understanding that delivery people are more likely to encounter someone with the virus as the number of deliveries increases, so try not to take that particular approach until you actually need something and take steps to not risk spreading anything to them.

there is little difference between man and beast, but what ambition and glory makes.

Every photo you take on your phone, every email you send, every doodle you draw on the back of a cocktail napkin is eligible for copyright protection. And since 1978, copyright in the United States has been automatic.

This is one of the reasons I’ve settled on copyleft licenses for most of my personal work. I used to be a public domain “hard-liner,” but it felt like too much work and not enough of a guarantee that it was successful.

My voice comes from faraway, but it hopes when you will listen to it that it will resound in your hearts.

The system appears to roughly conform to states’ populations, rather than the size of their requests.

To summarize the relevance of that quote, it appears that the administration is deciding what portion of each request to fill based on the total number of people in the state.

That, of course, ignores what we’ve learned since Wednesday, which is that the evidence is building to support accusations that Michigan and New York are being deliberately short-changed due to personal grudges with state governors.

This dirty little world full of confusion, and the blue rag, stretched overhead for a sky, is so low we could touch it with our hand.

Domestic Violence and Child Abuse Will Rise During Quarantines. So Will Neglect of At-Risk People, Social Workers Say. from ProPublica

That some children may be injured or harmed through inadequate supervision as their desperate parents try to work. That stress may lead to more child abuse.

This mostly just talks about physical violence as abuse, so the toll is going to be much higher, here.

Your tail, is becoming too heavy to wag.

…the stakes of the 2020 election are too high for people to become despondent or withdrawn. “I don’t think we have the option of disengaging from the political process”…

This is a problem I’ve had for a long time around certain candidates. “Movements” fight for issues. “Campaigns” fight for candidates and then go home when theirs doesn’t win.

Never be deceived that the rich will allow you to vote away their wealth.

However, the sport was dangerous when played on large horses, with one emperor killed during a game. As such, some nobles preferred to play Lvju, or donkey polo. Although both forms of polo show up in the historical literature, horse polo is the only form that art and artifacts depict.

Credits: Header image is Circular diagrams showing the division of the day and of the week from a manuscript drafted during the Carolingian Dynasty. Businesses by Omar Salvatierra Gracida is made available under the terms of the Creative Commons Attribution 2.0 Generic license.