White People: We Need To Talk To Our Kids About Racism from The UpTake

The short answer is yes, your kids are ready to learn about race and racism.

outdated and loaded words used to dehumanize the people they describe.

In a lot of circles, we’re far too attached to terminology and/or avoiding talking about certain issues, and that needs to change fast to make anything work.

He to whom the present is the only thing that is present, knows nothing of the age in which he lives.

This is for those of you who have been trying to digest four centuries (and a year) of racist governance in the United States. It’s overwhelming, but today makes far less sense without understanding the background of (random examples) United States slavery pre-dating the Mayflower, the difference between Thomas Jefferson’s views on equality versus his ownership of human beings, Nat Turner’s slave rebellion, Juneteenth, the Tulsa race massacre, Ax Handle Saturday, the Stonewall uprising, the Kent State massacre, and so forth, this month seems like a mystery.

Minneapolis Police Union President: “I’ve Been Involved in Three Shootings Myself, and Not a One of Them Has Bothered Me” from The Intercept

Siegel and colleagues found that racial residential segregation was the predominant factor explaining why some cities have greater black-white racial disparities in fatal police shootings—even after controlling for a city’s crime rate, median income, racial composition of its police force, and other factors.

The “bad apples” metaphor refers to the fact that you need to be vigilant and throw out bad apples, before they release enough ethylene to over-ripen the other apples in a barrel. In the case of police, the work of defending and protecting officers who don’t act in the best interests of their communities inherently corrupts the entire department, to the point where the police union’s president is proud of not thinking about the people he shoots.

Very simply, diverse personalities are to be found in the breast of each of us, and often the life of more than one superior man is nothing but the coexistence of a philosopher and a snob.

Racism is built into U.S. cities. Here’s how architects can fight back from Fast Company

The article doesn’t get into this, but creation is always a political act, because anything we create encodes our values in it. If we don’t think about what values we want to express in our creation—whether that’s an invention or a city neighborhood—they’ll be the uninterrogated values of society. And since we know those are often fairly bad, working intentionally would obviously be more useful.

From the very nature of progress, all ages must be transitional.

Related: The Police Are Gaslighting Us also from VICE Motherboard

But justice, accountability, and even a basic acceptance of the truth has remained elusive on a large scale, even with video evidence.

The similarity in these stories isn’t an accident. Up until recently, capitalist economies—and the privatization of prisons and other systems makes police departments a part of the economy—has depended on convincing oppressed people that their oppression is good. This can be seen everywhere from the dehumanization of slaves to justify treating them as property, to the idea that poor people need the dignity of “a hard day’s work.” So of course, “in these unprecedented times” (with far too many precedents), everybody scrambles to convince protesters that they’re on the right side of history, even while they refuse to liberalize their policies.

Memory is a strange thing, so poignant and alive in its insistence, so dead and lifeless in its reality, so cruel and portentous in its regrets.

The sites are obviously not going to do that, because the companies have a vested interest in having the extreme political rhetoric available.

Many of the cleverest paragraphs have been omitted from this collection because–so rapidly does the world move, the subjects have passed away, or the incidents which gave them point are no longer in the public mind. 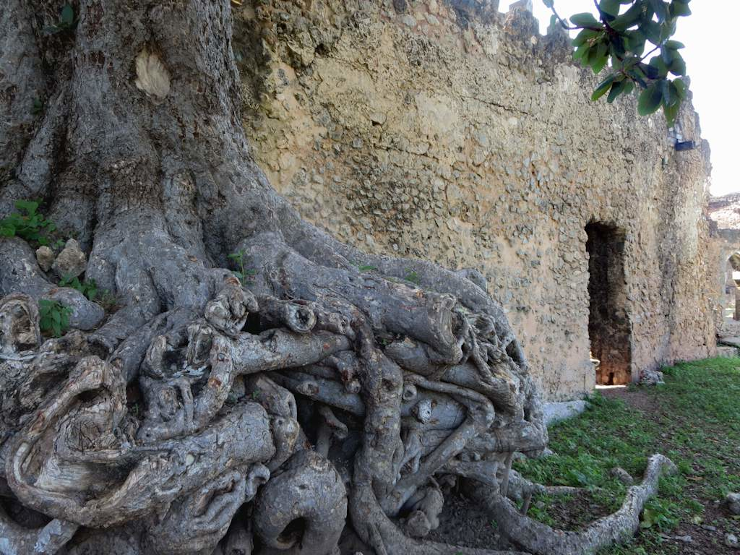 Could this sharp drop be an indicator that people now favor their native languages online over English, considering that less than 15 percent of the world population speaks English as their first language?

The fact that monumental buildings existed earlier than thought and when Maya society had less social inequality makes archaeologists rethink the construction process.

The monument story is like something out of a science-fiction movie, with the scientists realizing that the landscape is the monument. It happens in the Americas, occasionally.

Credits: Header image is Circular diagrams showing the division of the day and of the week from a manuscript drafted during the Carolingian Dynasty. Tree Roots by David Stanley is made available under the terms of the Creative Commons Attribution 2.0 Generic license.