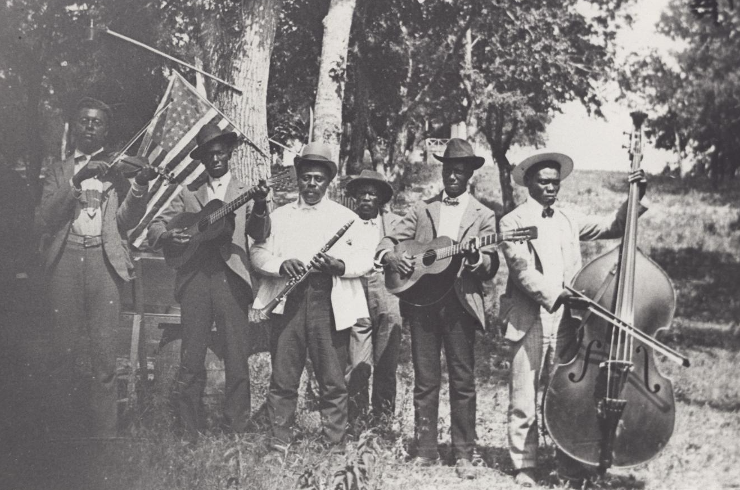 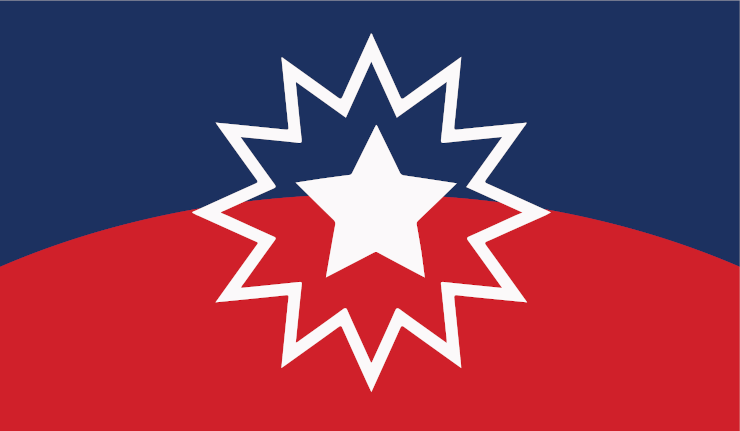 I’d like to wish everyone in the United States a very happy Juneteenth! I’m not entirely sure about the copyright of the audio, but this is Lift Every Voice and Sing, a 1905 song (words written in 1900) frequently used in the celebration.

I apologize that I couldn’t find a Free Culture version, but this will do until someone records on. Put it on my wish list with Into the Streets, May First.

But I can get you a version of Swing Low, Sweet Chariot that’s either in the public domain (copyright law generally stops at 1910, whereas this is 1909) or will be on January 1st, 2022—only a year and a half away—based on the Music Modernization Act. In other words, it’s close enough that I’m willing to risk linking to it.

It’s thought by some historians that the definitive version by Wallis Willis pays tribute to the Underground Railroad. Then, the Nazis hated it and it became popular with the Civil Rights Movement, so if you’re going to celebrate, that’s a pretty solid pedigree.

While I have dismissed the holiday in the past (for which I deeply apologize), it’s hard to imagine a better event to commemorate than the liberation of millions of our countrymen. Given that we haven’t done particularly well treating those compatriots as liberated since then, I could argue that working up some excitement about the final abolition of slavery is the absolute least we can do.

It’s Time to Archive the Internet Archive from VICE Motherboard

The move puts one of the internet’s largest repositories of knowledge in peril.

As the article points out, there’s nothing like the Internet Archive around, and it’s been taking increasing risks. My specific concern about the “Emergency Library” is specifically that it had nothing to do with the pandemic on the surface, instead making its messaging about popular novels.

Had they limited their selection to textbooks and works of importance, nobody would have raised an eyebrow.

Look for me in the whirlwind or the storm, look for me all around you…

…the real answer isn’t a set of basic reforms but completely dismantling the current system of police and prisons, and rebuilding a system that actually works.

It’s good to see activists having an increasingly complete picture of what an unpoliced society might look like other than “the suburbs,” which is certainly legitimate, but unhelpful. It helps to push back on the “well, what are you going to do when…?” questions that are demanding a two- or three-word answer, so that they can point out how that’s just policing with a different name.

Toward the summer isle

Where bamboos spire the shafted grove

…Civil War historians agree that Polk was a terrible general. Yet the Army honored him by naming a major military base after him…

Related: This map reveals 1,747 monuments and other Confederate symbols of America’s racist past from Fast Company

I’ve been saying, recently, that the fact that we don’t have any statues honoring Nat Turner, Madison Washington, Gabriel Prosser, or anybody else who led a slave rebellion disproves the assertion that the statues are meant to teach history or honor heritage. The sole purpose of the statues is to remind people of white supremacy.

If you want to sell your vote, go ahead; it’s a free country. But be sure you get something for it…You can’t get both justice and the two dollars.

Contrary to popular belief, our beliefs and attitudes are not strongly related to our behaviors. Psychologists have known this for over a century, but businesses seem largely unaware of it.

This is all related to what I was getting at in my banana in the ear post, that we can’t let ourselves be judged by our labels, when those labels and intentions might contradict our actions. After five hundred years of conditioning and reshaping society, we need to actively avoid being racist, rather than just pointing to our non-white friends and claiming to be an ally.

The love of one’s country is a splendid thing. But why should love stop at the border? There is a brotherhood among all men. This must be recognized if life is to remain. We must learn the love of man.

The presentation discussed the “benefits” of “content control.” And it offered one example of a topic employers might find it useful to blacklist: the word “unionize.”

Large companies, especially in Silicon Valley, have proven themselves so thoroughly anti-Labor, that it’s hard to believe that Facebook isn’t already using this internally and is only bothered that people outside of customers know it.

Life is like playing a violin solo in public and learning the instrument as one goes on.

The straights were sick of our shit as early as 1829, when the scourge of “female husbands” was commonplace enough to exasperate headline writers and judges alike.

Even with an ongoing pandemic, continuing rallies to protect Black lives from police violence, let’s not forget about LGBT Pride month.

I don’t think any human endeavor has ever saved so many lives in such a short period of time. There have been huge personal costs to staying home and canceling events, but the data show that each day made a profound difference. By using science and cooperating, we changed the course of history.

Consider that, as states re-open without much of a plan. Please continue to stay away from crowds and wear masks when you’re with people. We already have a lot of people whose infections weren’t prevented and don’t need more. I assume that nobody reading this blog is anti-science or opposed to protecting their communities, but in case you stumbled in here from some hellhole…

Credits: Header image is Emancipation Day Celebration band, June 19, 1900 by Mrs. Charles Stephenson (Grace Murray). The Juneteenth Flag Variation by Saturnsorbit has been made available under the terms of the Creative Commons Attribution Share-Alike 4.0 International license.