Not just ‘Jingle Bells:’ Listen to these Christmas songs from Latin America from Global Voices

Granted, most people would rather not give much thought to Christmas music for another few hundred days, but this was too interesting to pass up.

Like a beautiful flower, full of color but without scent, are the fine but fruitless words of him who does not act accordingly.

…the federal government has decided that they have “suffered a history of exclusion from the political process.”

I’m probably more sympathetic than usual to this issue, given that, this past Election Day, New York included a ballot initiative so poorly phrased that I needed to spend a few days re-reading the full text and researching what it actually meant. If it gets that confusing for a native English-speaker like myself, I can only imagine what it felt like for someone in the midst of learning English.

The wicked have no stability, for they do not remain in consistency with themselves; they continue friends only for a short time, rejoicing in each other’s wickedness.

Large, drought-sensitive trees generally consume the most water, especially from the topsoil.

You can guess where this goes. With the larger trees imperiled, there’s a loss of shade, which feeds the drought.

People always live forever when there is an annuity to be paid them.

Tornadoes Can Kill. So Can Amazon’s Business Model. from OtherWords

Check fast. Check cheap. But the warehouse went up with no special attention to tornado safety. That would have raised the cost.

Years ago, there was a fawning article suggesting that Amazon—because fast free shipping for large items generally runs at a loss—was run more like a charity than a company. The problem, of course, is that’s exactly what’s meant by “unfair business practice,” absorbing losses to drive competitors out of the business. We’re now on the other side of that, where Amazon is still (sometimes) cheap and convenient—usually, they’re convenient because competitors have gone out of business, unable to compete with Amazon’s “war chest”—every aspect of their business proves to be a danger to someone.

They suggest that Tupaia had invented a unique mapping convention that was an ingenious attempt to convey his own geographic knowledge in a form the British would understand.

Everything about this story fascinates me. The map in question seems to be something akin to the iconic 1970 Massimo Vignelli New York City subway maps, which prioritized clarity of the routes over real-world geography. 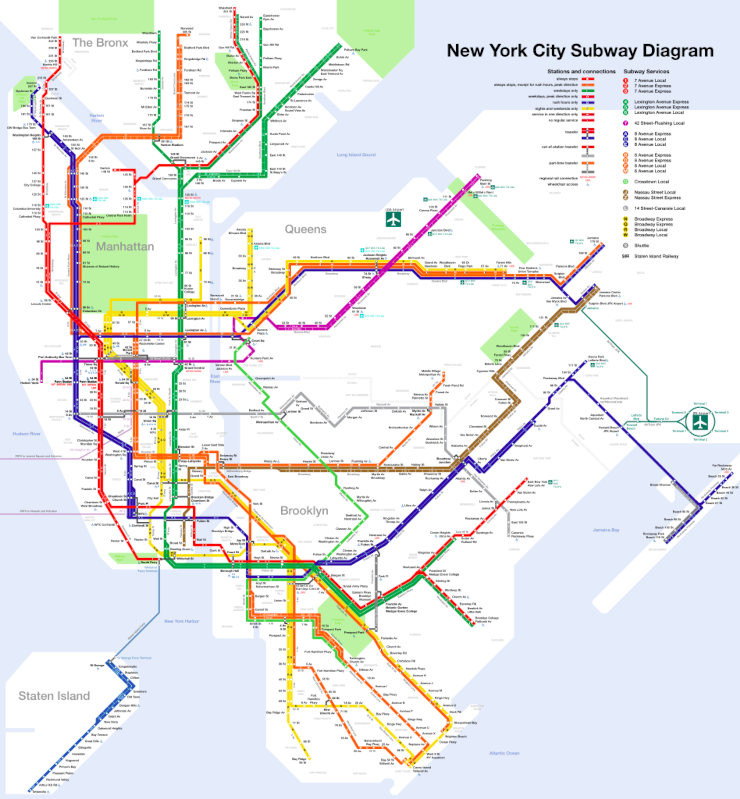 If this life of ours be a good glad thing, why should we make us merry Because a year of it is gone? but Hope Smiles from the threshold of the year to come Whispering “It will be happier.”

There are no bonus articles, this week, since a lot of the media has been winding down for the holidays. Have a happy new year! 🎊

Credits: Header image is Circular diagrams showing the division of the day and of the week from a manuscript drafted during the Carolingian Dynasty. The subway map is NYC subway-4D by Jake Berman.